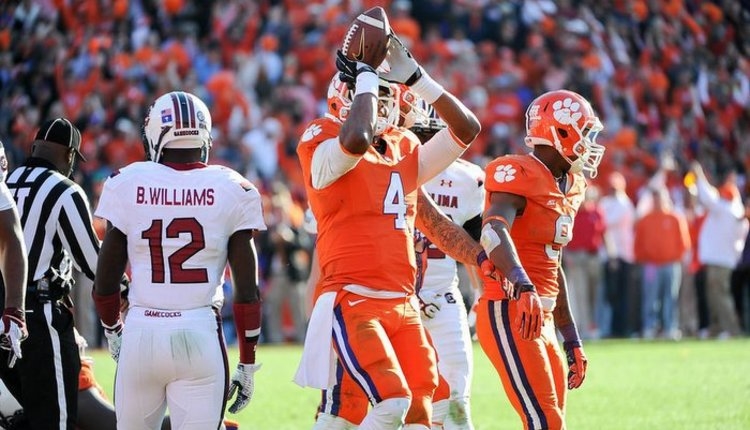 Houston Texans quarterback Deshaun Watson sat down for an interview with Dan Patrick this week and talked about his love of playing basketball.

Watson said he could have started at Clemson.

"I was pretty good. I was good enough to play in college," Watson said. "I could've played at Clemson."

Clemson coach Brad Brownell thought that he was a legit basketball prospect according to Watson.

"Every time I went up for to Clemson for a basketball camp at Clemson and the coach was a big fan. He wanted me to play both."

Watson shared that if Coach K would have offered him a basketball scholarship that he would have probably gone to Duke since it was his childhood favorite.

"If Coach K would have recruited me to play basketball, I think I would have probably given it a real chance for sure."

Duke's loss was Clemson's gain and the rest is college football history.