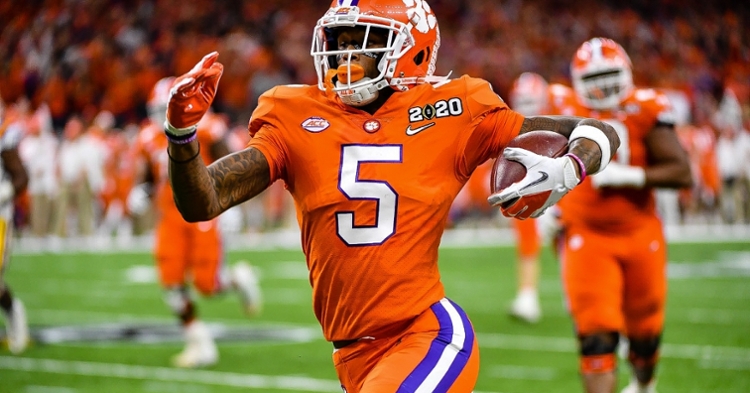 It's just a matter of when.

Tee Higgins is rated as a top-5 prospect available by both NFL.com and B/R draft analyst Matt Miller.

"Higgins is a tall, long and rangy wideout with elite high-point skills. He uses a quick foot fire to defeat press coverage," NFL.com's analysis says. "He is a smooth, long-striding route runner. He is at his best when on the move: slants, posts and go routes. He lacks snap at the top of his route when working back downhill. He has incredible ball skills down the field. He can elevate and also adjust to the back-shoulder ball. After the catch, he is very smooth and slippery. Overall, Higgins isn't going to do a lot of the dirty work in the middle of the field, but he's very effective on the outside and provides big-play ability."

The second and third rounds will be televised starting at 7 p.m. on ESPN and NFL Network.

Top players remaining on the PFF Big Board