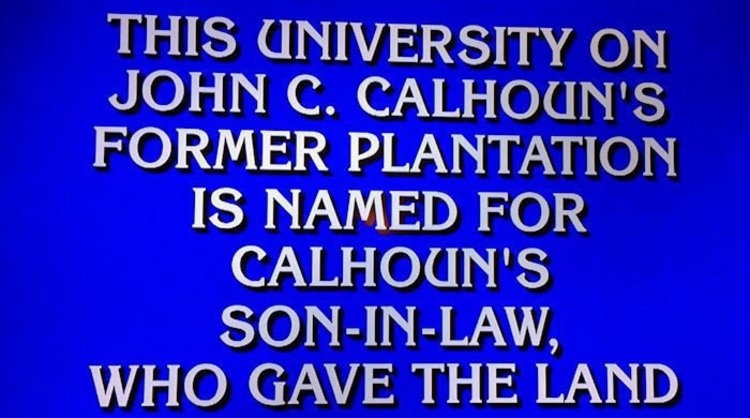 Jeopardy is the classic television game show that has been running since it started on NBC on March 30, 1964.

On Monday night, a crucial final Jeopardy clue was 'This University on John C. Calhoun's Former Plantation is named for Calhoun's Son-In-Law, who gave the land.' One of the contestants said Vanderbilt, and then Clemson was said as the correct answer by the other two contestants.