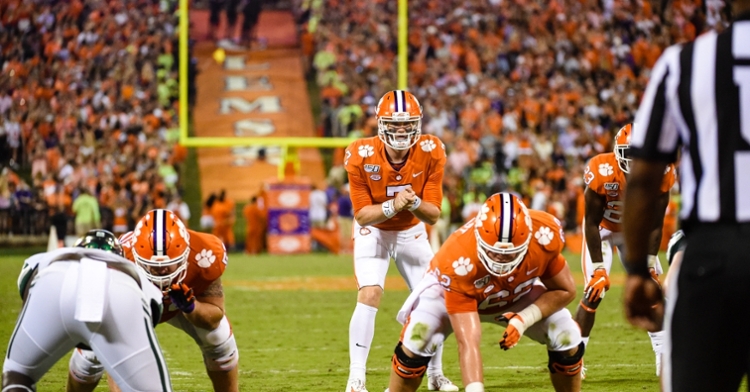 Brice will make his first start at Notre Dame this weekend.

"I could not be more proud of the three young men who competed for the privilege to be this team's starting quarterback at Notre Dame in the season-opener," Cutcliffe said. "Chase, Chris (Katrenick) and Gunnar (Holmberg) all have played really well during camp. We have a healthy quarterback room and the competition has made everyone better. Ultimately, Chase has made plays at the highest rate."

A native of Grayson, Ga., Brice joined the Duke program in July after graduating from Clemson University, where he helped the Tigers to a three-year (2017-18-19) record of 41-3 with three ACC Championships, three College Football Playoff appearances and the 2018 National Championship. In 25 career collegiate games, he has completed 82-of-136 (.603) passes for 1,023 yards with nine touchdowns and four interceptions while rushing 30 times for 187 yards and one score.

The Blue Devils open the 2020 campaign on Saturday at Notre Dame. Kickoff is set for 2:30 p.m., and the game will be televised live by NBC Sports.