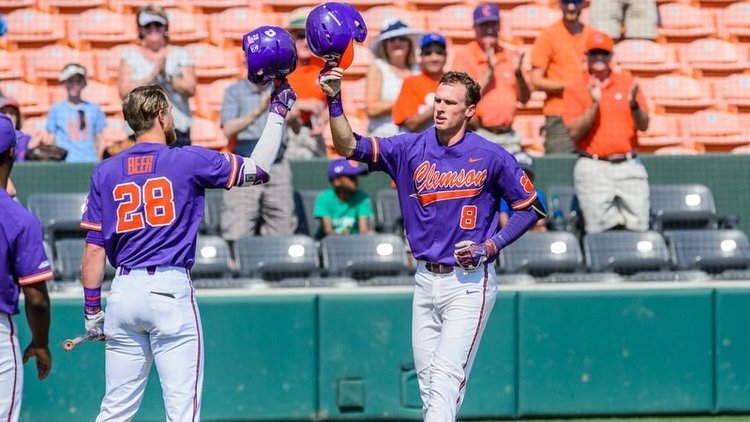 CLEMSON, S.C. - The Tigers were No. 15 in the Collegiate Baseball preseason ranking, released Tuesday. Louisiana State is the preseason top-ranked team, followed by Vanderbilt, UCLA, Texas Tech and Stanford.

Clemson is the fourth-highest ranked team in the ACC, behind No. 8 North Carolina, No. 9 Louisville and No. 10 Florida State. Those three join No. 17 Georgia Tech, No. 20 Duke and No. 22 NC State as the ACC’s seven schools ranked in the top 25, tied for the most of any conference with the SEC. All six ACC schools in the top 25 are on the Tigers’ regular-season schedule.

In 2018, the Tigers had a 47-16 overall record and 22-8 ACC mark, tied for the league’s best record, and hosted a regional for the third year in a row. Clemson opens the 2019 season against South Alabama on Feb. 15 at Doug Kingsmore Stadium.