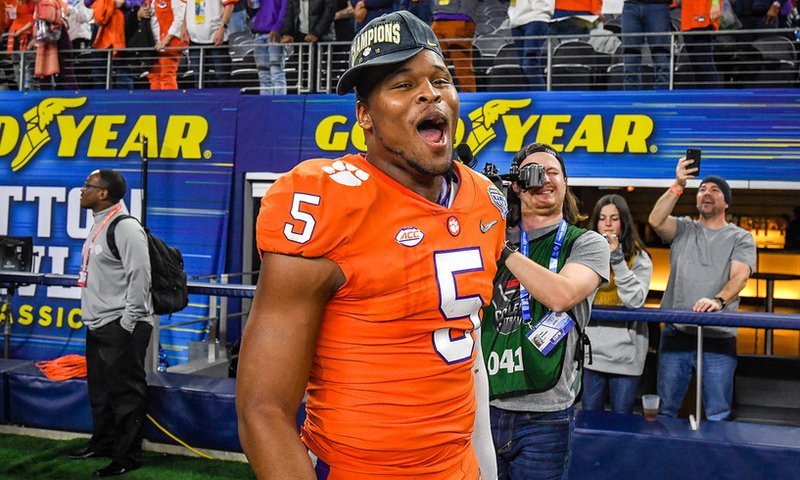 James Skalski redshirted and played four games last season and could move into a starting role, starting this spring.

We're analyzing where the Tigers stand going into spring by position - examining the Tigers linebackers:

% Suffered knee injury this month. Could miss fall camp and into season.

Where do the Tigers stand after some turnover at LB?: Clemson’s linebacker group might have the biggest turnover on the defense this season - and that shows this spring.

Sure, all four starters plus another key contributor are gone on the D-line, but they also bring back four who averaged double-digit snaps last season. Only one returning Tiger linebacker fits that mold in SLB Isaiah Simmons (780), although redshirt junior James Skalski did eclipse that mark in 2017.

Of the linebackers on hand this spring, only Simmons saw double-digit snaps in playoff action last year, while Skalski did see some extra action in the 2018 Sugar Bowl (three tackles in 25 snaps). 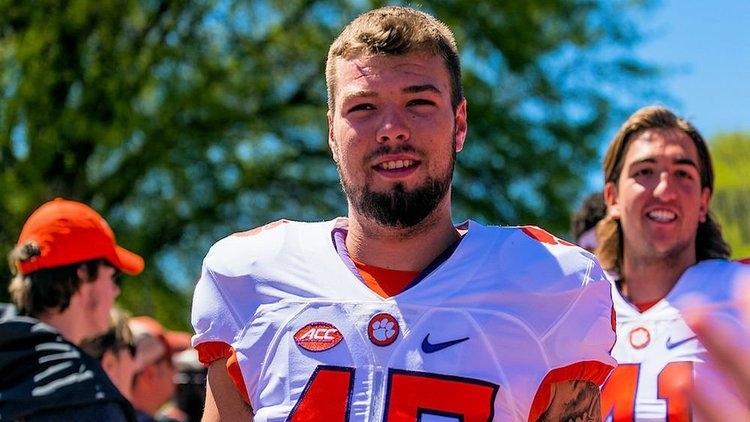 James Skalski redshirted and played four games last season and could move into a starting role, starting this spring."

Fall camp may bring more of a true competition overall, however, with five freshmen signees enrolling this summer to add to the group of seven scholarship linebackers on campus right now. - Brandon Rink

With all that being said, who’s in position to replace Kendall Joseph at WLB? And Tre Lamar at MLB?: Linebacker is a prime position of concern as defensive coordinator Brent Venables attempts to rebuild a unit that lost its top three tacklers in Kendall Joseph, Tre Lamar, and J.D. Davis. Those three combined for 195 tackles last season, including 14.5 tackles for loss.

“We’ve got four or five linebackers that are walking out the door and taking a lot of knowledge with them and a lot of experience with them,” head coach Dabo Swinney said.

Simmons was credited with a team-high 97 tackles (9.5 for loss), seven pass breakups, three forced fumbles, 1.5 sacks and one interception (which he returned for a touchdown) in 780 snaps over 15 games (14 starts), and played perhaps his best during the postseason.

So, who starts at the other two spots?

“I think our linebackers ... it’s going to be exciting to get some guys their opportunities,” head coach Dabo Swinney said. “I can’t wait to see Shaq Smith run out there this spring with that first group. Let’s just see what him and old (James) Skalski and Isaiah Simmons can do.”

That quote alone tells you what you need to know about what the coaches are thinking heading into the spring.

I love Skalski – he’s been a special teams terror, and when he plays linebacker, he plays with bad intentions, and he will get the chance to grab the starting weakside linebacker spot.

He played 38 snaps over two games while redshirting, recording 10 tackles (1.0 for loss), recorded six tackles, including one for loss, at Georgia Tech as starting linebacker Kendall Joseph missed the contest with an injury. He was also able to play two games in the postseason and posted two tackles against Pitt and two tackles in National Championship Game vs. Alabama.

Shaq Smith is one of those guys everyone has been waiting on. The former 5-star has grown as a team leader despite the lack of playing time, but his lack of playing time had a lot to do with the excellence of Joseph. Now, he will get the chance to start at the Mike but will battle Chad Smith for the right. - David Hood