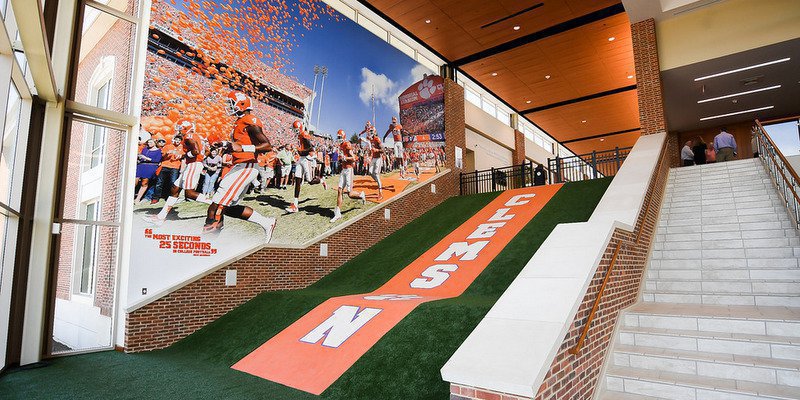 CLEMSON – The Allen N. Reeves Football Operations Complex opened in early February, and once word got out that Clemson had the nicest building of its kind in the country, football coaches and fans from across the country flocked to campus for a tour.

With the start of football season, those days are now over.

The state-of-the-art home for Clemson football is known for the slide that allows coaches and players to leave the second floor and slide to the first floor, the replica of Clemson’s iconic hill (that you can run down with the band playing Tiger Rag) and the nap rooms and putt-putt course.

The National Championship Trophy is proudly displayed in the lobby, and Clemson fans have made it a point to stop by the facility and get a photo of and with the trophy while hoping to get a glimpse of the slide, the Nike room, or even a player or coach.

Thad Turnipseed, the Assistant Athletic Director of Football Recruiting & External Affairs, told TigerNet Thursday that the building’s first purpose is to serve the coaches and players and the influx of people wanting to get a glimpse of the new facility meant players couldn’t find a parking spot.

“We have two projects going on outside, a national championship plaza (more on that in a later story) and parking with a security gate,” Turnipseed said. “Last Monday we finished up the parking spots, and we had to do that project because of the popularity of the building. We would have somewhere between one hundred and two hundred cars per day with people driving through the parking lot and people stopping to look at the building, and come in and take pictures with the trophies. Because of that, our players had no places to park. So we put in an additional one hundred spaces.” 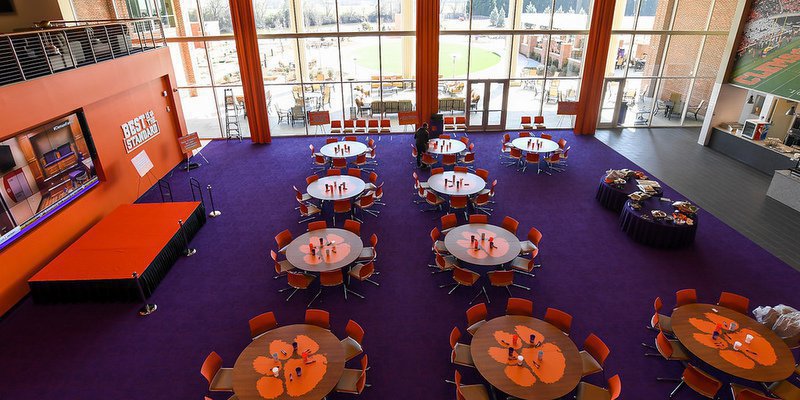 A gate will also be installed, allowing only those with a special code access to the parking spots outside of the complex.

“We're putting in a parking gate at the end of the month, before September 1st. After that, you will have to park in one of those spaces outside of the gate or park over in Jervey Meadows and walk over,” he said.

Turnipseed said it hasn’t been just the fans that have wanted to take a peek.

"Also, we probably had somewhere between 25-30 other Power Five schools and Group of Five schools come through the building,” he said. “There is a professional courtesy, and we have allowed them to come in and see what we have. Texas, Ohio St., Oregon and Michigan St. brought their entire staffs down. Tennessee and Georgia sent people. I am missing people, but there have been a lot of schools.”

The fans have also turned out in droves.

“And then we've had thousands of fans come through since February. So, we are going to tighten up all tours of the building for everyone. The only access to the building will be only the trophy in the lobby. That is fully in effect now and will be even more so when the gate gets in at the end of the month.