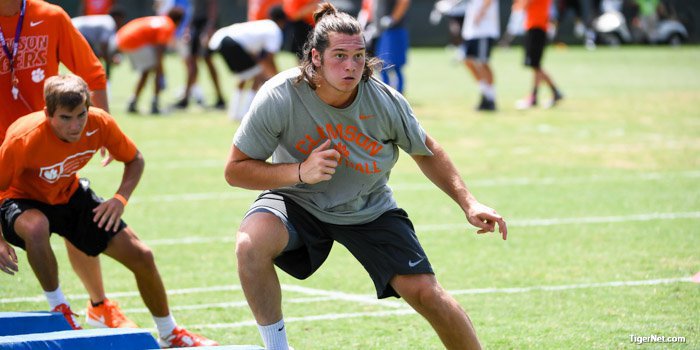 For the good of his team, Baylon Spector will change the way he plays football – for his senior season, anyway.

When the Calhoun (GA) High School Yellowjackets line up against the Douglass High Astros of Atlanta for their season opener Friday night, Spector – a hard Clemson commit at linebacker for the 2017 freshman class – will be calling signals. For 10 games and hopefully more, Spector will leave his aggressive, full-throttle defensive mindset on the locker-room shelf and focus on the finer points of leading his team.

“The biggest change for me was my mentality. It's different at first, but I guess you could say, the role part of it – just trying to be a better leader, and to encourage guys to compete up,” Spector told TigerNet by phone this week. “I mean you have to do that everywhere, at every position, but just being more … focused, knowing what you've gotta do at all times. You've gotta know what everybody else has gotta do.”

It's not as if playing quarterback is alien terrain for Spector: As a sophomore, he passed for 447 yards and six touchdowns, and he's been a backup QB all along. (He's also played his fair share at wide receiver.) However, for his senior season, it will be on defense where he'll be serving in a backup capacity.

“Basically they're gonna play me where they need me this year on defense,” said the Clemson legacy, whose father, Robbie, played wide receiver for the Tigers in the late '80s. “So this week I might play outside linebacker and a linebacker inside the box. I'd say in bigger games, some of our bigger out-of-region games coming up, that I'll probably get a lot of snaps on defense.” 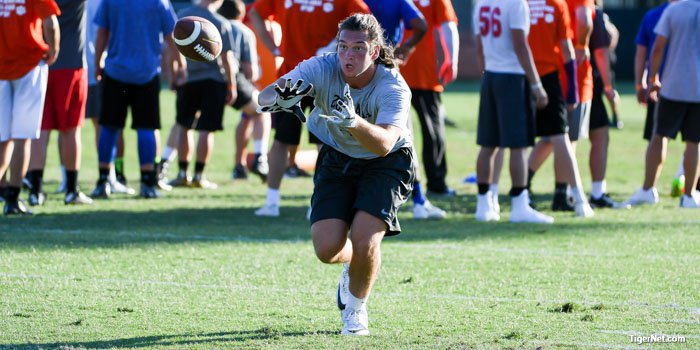 On defense, Spector said, he has the freedom to play with abandon on every snap. But playing quarterback requires him to be more measured and composed.

“And then the mentality of it, I just had to be … I'd get so frustrated sometimes when I make a bad pass or something that I have to calm myself down,” he said. “Because on defense, you're (running on) a full head of steam all the time, so you don't have to worry about any of that.”

Hal Lamb, Calhoun's head football coach and athletics director, said his star senior is more than up to the task of pulling double duty.

“Baylon really wants to play defense but he is such a TEAM player, and he knows what's best for this team at this point,” Lamb told TigerNet in an email. “He will be our starting QB and a spot player on defense. He is our best athlete so he has to play both sides when needed.”

Spector said learning the playbook was no challenge whatsoever.

“I've been around the quarterback position the whole time as a backup,” he said.

Lamb has previously told TigerNet that Spector is an exceptional competitor, saying his desire for victory and proven versatility are just a couple of the intangibles that make him a special talent.

“Baylon is a tremendous athlete with great size and speed,” Lamb told TigerNet in an email interview in March. “His most important asset is his competitiveness. He loves to compete and he loves to win.”

Spector was among several Clemson student-athletes who signed financial agreements with the university. He said putting ink to paper really set things in perspective – that in a few months, after early-enrolling in January, he'll officially be a Clemson Tiger.

“It's very exciting. The reality for me was signing it for tuition,” Spector said. “Just realizing that in half a year I'll be down there (at Clemson). I mean it's a good thing for me, since now that I'm enrolling early. Just getting back in the defensive mindset and knowing what to do and stuff like that.

“I'm ready for it, but I know it's gonna be a change when I get down there. It won't be easy; it's gonna be tough. But I'm excited about it.”

Spector said his dad recently attended an early scrimmage at Clemson and reported back to him that the Clemson Tigers' 2016 offense looked “incredibly strong.”

“He said they were just explosive,” Spector said. “And they've got Mike Williams back, who's an extra threat. … And from what I hear the defensive line will be just fine.”