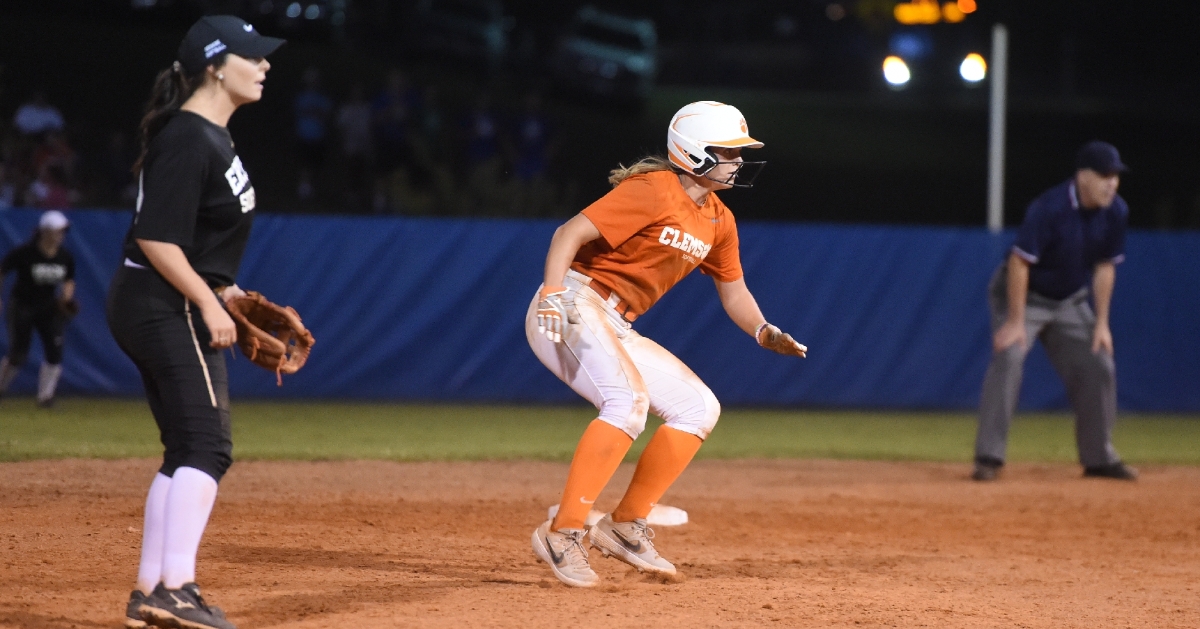 CENTRAL – Several hundred fans showed up at Southern Wesleyan Wednesday night to support the Clemson softball program, and those in attendance can say they were there when the team played its first competitive contest.

Clemson defeated Erskine 5-0 in a 10-inning affair (agreed to by the coaches). Freshman Emma Whitfield secured the win in the circle for the Tigers as she recorded five strikeouts in five innings pitched.

“It was kind of surreal, obviously. We have a lot of young players who didn't get blown away by the atmosphere tonight,” Rittman said. “Which, by the way, for a first scrimmage, we didn't know what to expect with it being away and we are appreciative of Erskine being the opponent and SWU hosting us. But I am really happy with the way our players came out and competed. Obviously, we are a work in progress and there is a lot we can take away from this. But it's a win and it's a fall scrimmage and we are keeping score. A lot to work on but a lot we did very well tonight.”

Erskine, the designated visiting team, threatened to score early, as the Flying Fleet loaded the bases in the top of the first, but Whitfield recorded her first strikeout of the game, leaving all three Erskine runners stranded. The Tiger offense came alive in the second as Hannah Goodwin (2 RBI) and Cammy Pereira (1 RBI) registered base hits to give Clemson the lead. In the sixth, it was Ansley Gilstrap’s single that scored the final two runs of the game.

Rittman was able to get multiple innings out of pitchers Emma Whitfield, Marissa Guimbarda, and Logan Caymol.

“Emma got out of a bases-loaded jam early, which was huge and kind of set the tone for the game. And then Marissa came in and did really well throwing strikes and getting ahead of hitters,” Rittman said. “And then Logan came in and did really well and got herself in a jam but worked out of the bases-loaded jam. So, from a first time out standpoint, our pitchers did extremely well tonight.”

What kind of team does he think he has?

“We have some leaders and some transfer players that are helping us provide stability and leadership. But really, we are a team,” Rittman said. “We have been together just since August but we are coming together as a team really nicely. I like our attitude and our work ethic and our competitiveness and if we continue to grow there are going to be a lot of good things in our program.”

Up next, the Tigers head to North Greenville University on Saturday, Oct. 5 (noon) for their second of six scheduled scrimmages this fall.