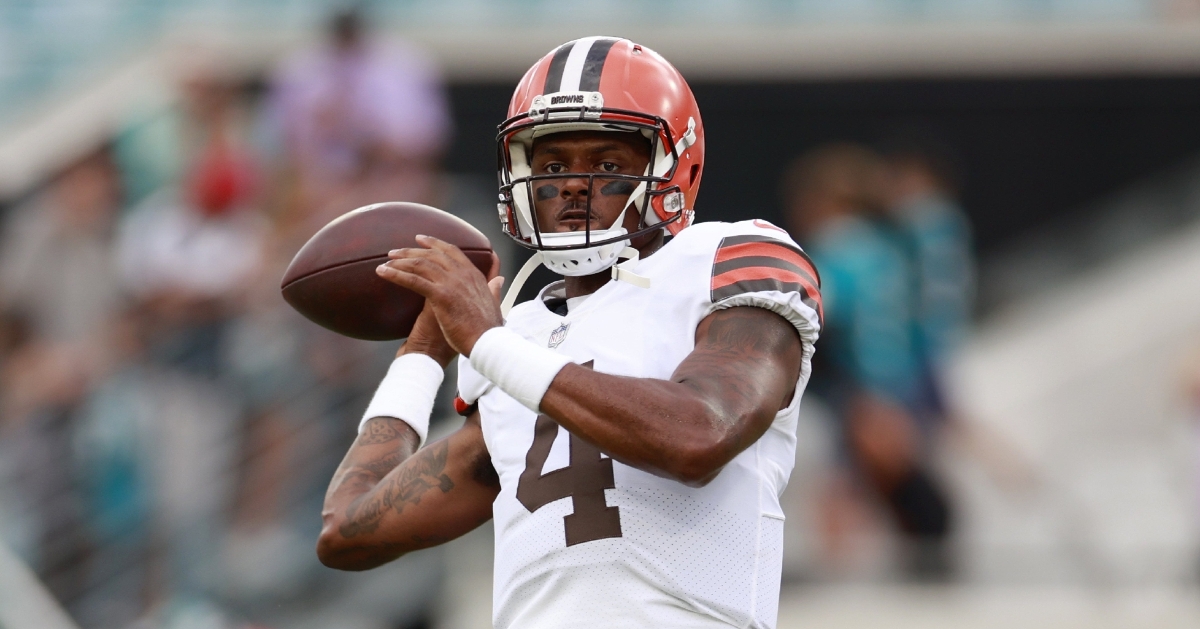 Deshaun Watson says he takes accountability for his decisions and is now focused on what's ahead in Cleveland. (Photo: Corey Perrine / USATODAY)

Former Clemson star quarterback Deshaun Watson said he takes accountability for his decisions and is excited for his future in Cleveland after a settlement with the NFL on Thursday.

After an appeal of the original six-game suspension ruling, Watson and the league announced a settlement of an 11-game suspension and a $5 million fine for what Judge Sue L. Robinson found were multiple violations of the NFL's personal conduct policy. Those violations largely stemmed from 24 civil lawsuits (now 23 settled) and criminal grand juries (that chose not to indict Watson) for allegations of sexual assault and misconduct brought against Watson last year.

Watson released a statement on Thursday.

"I'm grateful that the disciplinary process has ended and extremely appreciative of the tremendous support I have received throughout my short time with the Browns organization," Watson's statement read Thursday. "I apologize once again for any pain this situation has caused. I take accountability for the decisions I made. My focus going forward is on working to become the best version of myself on and off the field and supporting my teammates however possible while I'm away from the team. I'm excited about what the future holds for me in Cleveland."

"Deshaun has committed to doing the hard work on himself that is necessary for his return to the NFL," said Goodell. "This settlement requires compliance with a professional evaluation and treatment plan, a significant fine, and a more substantial suspension. We are grateful to Judge Robinson and Peter Harvey for their effort in addressing these matters, which laid the foundation for reaching this conclusion."

Watson will be eligible for reinstatement on Nov. 28, per the NFL.

Deshaun Watson on why he’s apologizing then: “For everybody that was affected by this situation. There were a lot of people that were triggered.”