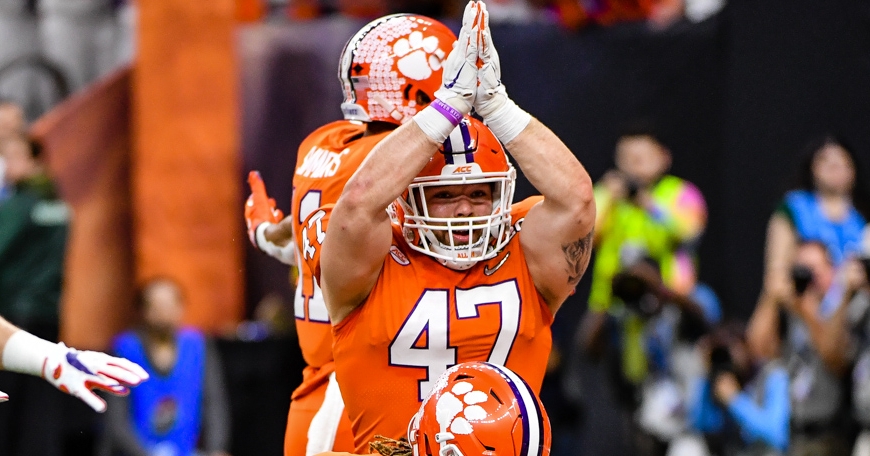 With the 2020 NFL draft in the books, Athlon Sports put together its list of the top-10 draft prospects for the Tigers come 2021.

The usual suspects are in the list with Trevor Lawrence, Travis Etienne, Justyn Ross, Xavier Thomas and Jackson Carman, who all have very-early first-round projections.

"Kendrick came to Clemson as a wide receiver but made the switch to defense following his freshman season," Athlon's Jon Kinne writes. "In his first year at corner, he was named second-team All-ACC. Because he hasn't had a lot of reps at cornerback, he may benefit from using his final year of eligibility in 2021. But a huge junior season could open up NFL opportunities too good to pass up."

Skalski didn't hesitate on returning for his senior campaign after a highly-productive first year as a starter.

"Clemson has certainly had players that have created move havoc plays," Kinne said, "but Skalski was second on the team behind Isaiah Simmons with 105 tackles in 2019. He also showed up big in the postseason, with eight tackles in the ACC Championship Game win over Virginia, nine tackles and a half-sack against Ohio State in the Fiesta Bowl, and five tackles and a sack in the national championship game loss to LSU."