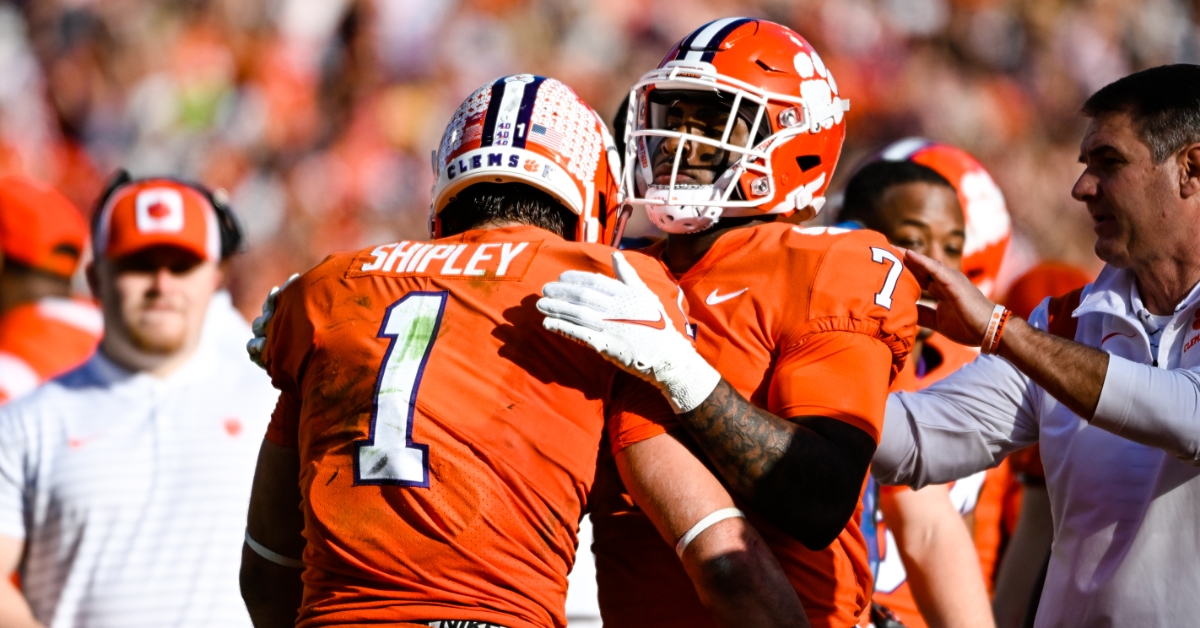 Will Shipley topped 100 rushing yards on Saturday but the Tigers could not stave off the upset.

One of the first reactions to a stunning 31-30 loss to South Carolina is in with ESPN's weekly power ranking. The Tigers fell five spots to No. 12 there.

"It is safe to say this is not the way the Tigers envisioned closing out the regular season -- with their first home loss since 2016 to rival South Carolina 31-30," ESPN's Andrea Adelson wrote, "essentially eliminating them from the College Football Playoff for the second straight year. Once again DJ Uiagalelei was ineffective, completing just 28% of his passes, the worst completion percentage in any game of his career with at least five pass attempts. Clemson had three turnovers in all, including a critical fumble on a punt return late in the game. The loss broke a 40-game home winning streak and a seven-game winning streak over its in-state rivals."

The new top-4 there is Georgia, Michigan, TCU and Southern Cal, with two-loss Alabama on the outside-looking-in now at No. 5.

CBS Sports projects Clemson hanging on to a top-10 spot in the AP Poll at No. 9 this week after all the upheaval.