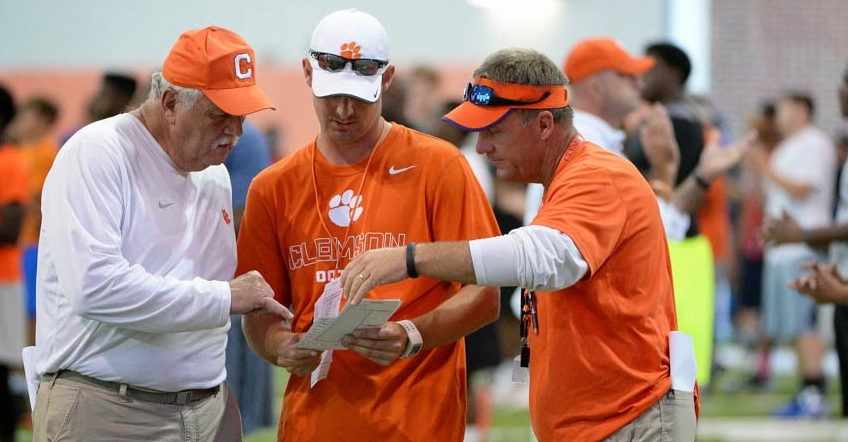 Morris and Scott previously worked together as part of a highly successful offensive staff at Clemson from 2011-14, as the pair helped the Tigers go 42-11 over that four-year span and set the program on a trajectory to win two national championships (2016 and 2018) and make four CFP National Championship game appearances (2015, 2016, 2018, 2019). Morris served as offensive coordinator/quarterbacks coach and Scott as wide receivers coach/recruiting coordinator during that period before Morris left to become the head coach at SMU and Scott moved into the role of co-offensive coordinator, which he held through 2019.

The Tigers won the 2011 ACC Championship and won 10 or more games in all four years with Scott and Morris on staff, including 11-win seasons and offenses ranked in the top 10 nationally in scoring and total offense in 2012 and 2013.

"Chad and I have a great relationship and had a lot of success working together for four seasons under Coach Swinney at Clemson," Scott said. "We are very excited to welcome Chad to South Florida and I look forward to him working with Offensive Coordinator Travis Trickett, our returning staff members and me as we employ a fast-paced and exciting offense."

The Bulls will open the 2022 Season with a 4:00 p.m. kickoff vs. BYU on Sat., Sept. 3 in Raymond James Stadium before a national television audience on ESPNU.

USF returns 10 starters on offense and, according to ESPN's Bill Connelly, ranks tied for second nationally with BYU returning 85 percent of production from the 2021 season.