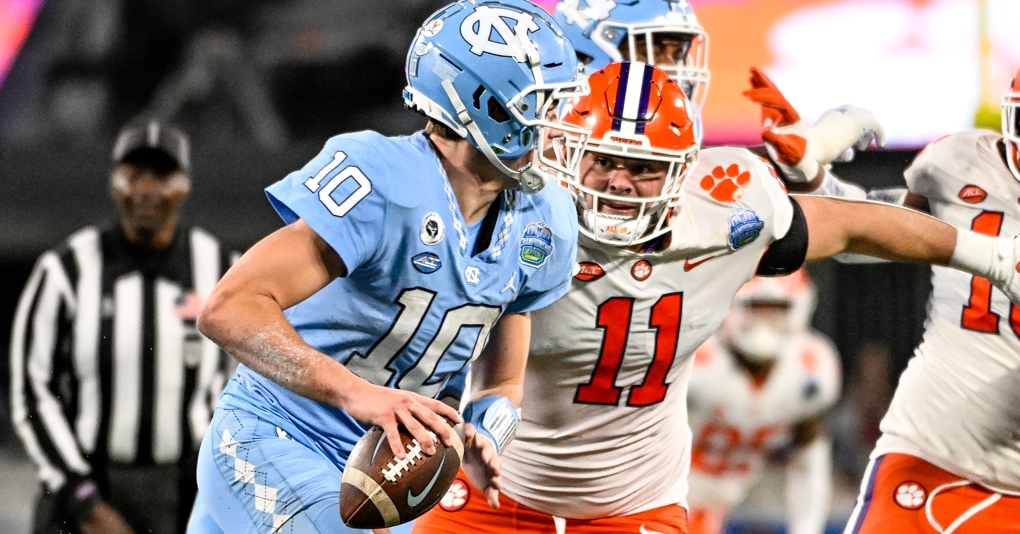 Bryan Bresee is regarded as Clemson's top NFL draft prospect at No. 6 overall by PFF.

Pro Football Focus updated its top-100 NFL draft prospects and the Clemson defense has several of them.

That includes three potential first-rounders, with two in the top-10 with Bryan Bresee (6) and Myles Murphy (8).

"Bresee is not your run-of-the-mill defensive tackle," PFF's Michael Renner said. "At 6-foot-5, 300 pounds, he’s not holding an ounce of bad weight and could pass for a defensive end from a build perspective. He’s one of the best pure penetrators in the class and earned a 76.0 pass-rushing grade this season."

"Murphy is still a bit of a bull in a china shop, but at 6-foot-5, 275 pounds, he’s one strong bull. You see it most in the run game, where Murphy has earned a 72.0-plus grade in every season of his career."

One level back on the Tiger defense, Trenton Simpson is at No. 28 on the list.

"Simpson is everything you are looking for in a modern coverage linebacker," said Renner. "After playing the slot last season, he’s kicked into the box this year, where he’s not looked out of place. He’s allowed only 18 catches and 144 yards across 28 targets in coverage."

Rounding out the group is defensive end KJ Henry at No. 85.

Four prospects in the top-100 matches that of Alabama, while Ohio State leads the way with six and Georgia has five.