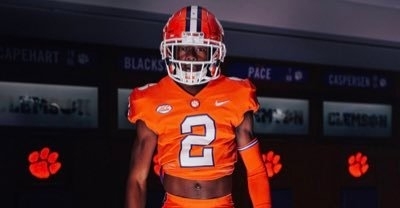 Myles Oliver committed in January and he will have to wait another year to see the field after being ruled out for the season this week.

Clemson freshman defensive back Myles Oliver is out for the season with a shoulder injury requiring surgery.

Swinney delivered the news after Clemson's latest camp session on Wednesday. He said that it was an injury that Oliver had in high school previously. Oliver will redshirt this season after the surgery.

Oliver committed in January and enrolled this summer.

He earned a 6A all-state selection in Georgia following a senior season in 2021 in which he posted 75 tackles with five interceptions.

In other injury news, defensive tackle Tré Williams also had surgery but he is on track to able to play in the Labor Day opener at Georgia Tech, Swinney said.

Watch Swinney's updates out of camp below: