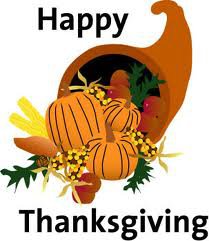 Today I wanted to give a preview of what to expect from South Carolina's defense but first I wanted to wish everyone a Happy Thanksgiving! There will not be a blog tomorrow but we will have a Friday Email Bag on Friday. I hope everyone has a safe and happy holiday!

South Carolina is in the midst of having the best three or four year period in school history.  They have had two different defensive coordinators but the constant over that time frame has been the defensive front.  South Carolina has been among the nation's best at this unit in recent years and this year is no different.

Jadeveon Clowney (6’6”, 274, Jr.) might be the nation's top defensive lineman.  This is a freakish talent that could be the top pick in the NFL Draft next spring.  Clowney had an excellent second half against Clemson last season and his impact was crucial to the Gamecocks' win.

Chaz Sutton (6’5”, 263, Sr.) is another terrific defensive end that requires a lot of attention for defensive coordinators.

Kelcy Quarles (6’4”, 298, Jr.) is one of the SEC's top defensive tackles.  He is disruptive in the run game but athletic enough to rush the passer as an interior defensive lineman.

Sutton is a senior and Clowney and Quarles say they are declaring for the NFL draft, so the Gamecocks will have to rebuild their defensive line next season.  In fact, this will be the biggest task for the staff in the off-season.

South Carolina had a major rebuilding job at linebacker this season.  After some struggles early, the Gamecocks have settled on Kaiwan Lewis (6’0”, 221, So.) and Skai Moore (6’2”, 205, Fr.).  This unit is young and inexperienced but has gotten better as the season has progressed.  This is still a group that must play well Saturday night to help South Carolina to a win over their arch rival.

The secondary is led by two excellent corners in Jimmy Legree (6’0”, 187, Sr.) and Victor Hampton (5’10”, 202, Jr.).  Both are physical playmakers who are very experienced.  Legree is a senior and there is some speculation that Hampton will also enter the NFL draft.

In recent wins, South Carolina has controlled the line of scrimmage against Clemson.  They have shut down the run and forced Clemson to be one dimensional.  This has allowed the Gamecocks to pressure Clemson passers and disrupt the Tigers' passing game.