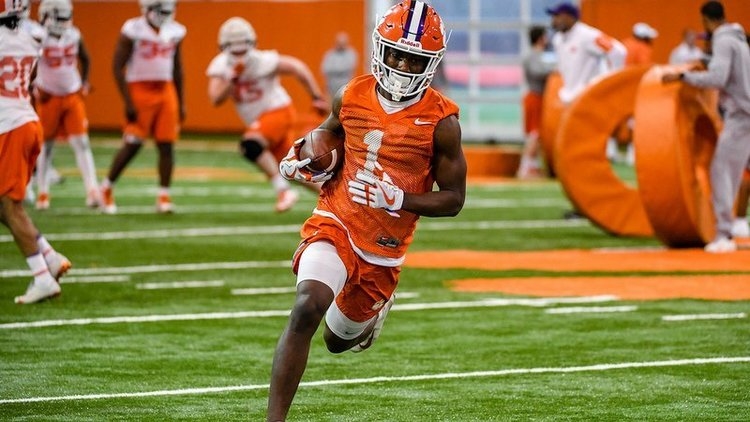 Kendrick is listed as the starter at cornerback and kickoff returner.

Clemson released the online version of the 2019 Clemson football media guide, which featured the first depth chart of the 2019-20 campaign.

On the defensive side, spring standout Derion Kendrick is listed as a starter at cornerback opposite preseason All-ACC candidate A.J. Terrell.

Rising junior Justin Foster is given the early nod at defensive end over redshirt freshman K.J. Henry - opposite Xavier Thomas and then redshirt sophomore Logan Rudolph.

Amari Rodgers is currently still listed in the top position at one receiver spot, despite suffering a torn ACL during the spring. Backing him up is redshirt junior Cornell Powell and freshman Brannon Spector.

No surprises at the other receiver positions with Justyn Ross and Tee Higgins the starters. Diondre Overton and Frank Ladson Jr. are in the No. 2 and 3 spots behind Higgins on the boundary and T.J. Chase and Joseph Ngata are in those spots at the field receiver behind Ross.

Tight end is listed with J.C. Chalk in a co-starter role with Braden Galloway, who is slated to currently miss the 2019 campaign due to NCAA suspension.

In the specialist spots to watch, sophomore B.T. Potter is projected as the starting placekicker and redshirt junior Will Spiers is holding off talented lefty freshman Aidan Swanson.

Kendrick is listed as the next option behind Rodgers at punt returner and also a co-starter with Cornell Powell on kickoff returns. Lyn-J Dixon is also a factor there.

More from the depth chart: