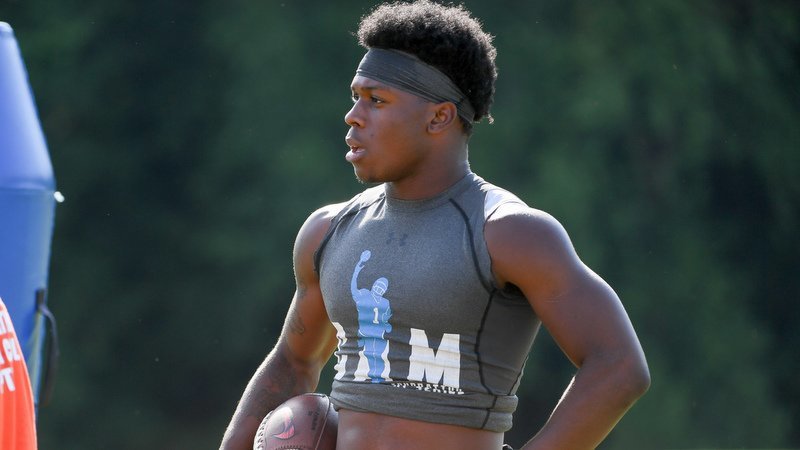 CLEMSON – Week one of Dabo Swinney’s high school camp is in the books.

The Thursday morning session is usually light, so we will start with the offers that have gone out over the past few days.

Safety Jalyn Phillips said that he received his coveted Clemson offer Wednesday. A 2019 prospect out of Lawrenceville (GA),Phillips spent the day at camp getting a tour with recruiting ops’ Tyler Clements. Phillips recently released a Top-5 with Alabama, Oklahoma, Tennessee and Southern Cal.

Phillips is rated as high as a 4-star prospect on ESPN and the No. 24 safety in the nation. He will announce a commitment on August 20. He posted 58 tackles with an interception last season.

After the offer was announced, however, I received some further intel that perhaps Phillips had an offer all along. I will dig further into that, but right now he has said he will make a decision on August 20, his birthday. I have long believed Clemson stands at the front for Phillips.

Morris is the son of former Clemson offensive coordinator and current Arkansas Razorbacks head coach Chad Morris and has impressed while in town this week for Clemson camp.

Morris passed for nearly 2,000 yards with 35 touchdowns over eight games as a sophomore. He accounted for 34 total scores as a freshman (28 passing, 6 rushing). Of course, if he’s good enough, there is no reason to believe he would play anywhere other than Arkansas with his dad. 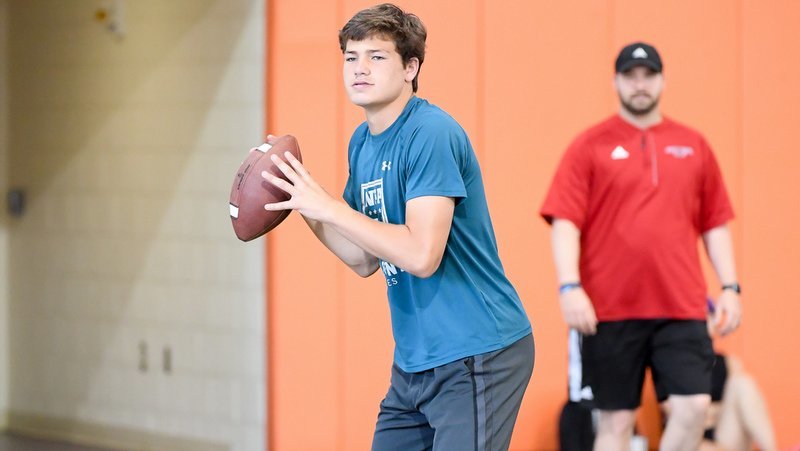 A third offer went to Calhoun (GA) 2019 tight end Davis Allen. Allen was the best of the tight ends we saw this week, and word I received at camp was that an offer would come sooner rather than later. Allen has a Clemson connection – he is a teammate of Clemson receiver commitment Brannon Spector, a Tigers legacy whose brother Baylon is a redshirt freshman linebacker.

The Tigers would seem to have the upper hand here.

*We mentioned yesterday that Cooper Dawson, who wanted to work out at both defensive end and on the offensive line, suffered a knee injury. We also mentioned that Clemson’s newest commit, DeMonte Capehart, had an ice pack on his upper leg. Capehart watched Thursday’s workout but didn’t participate.

*At this morning’s session, Sanford (NC) Lee County four-star defensive end Desmond Evans, a class of 2020 prospect, was riding around on a golf cart.

*The headliner for the running backs was Atlanta (GA) Carver 2020 four-star running back Jo’Quavious Marks. Marks as offers from Ohio State, Florida, Alabama, Auburn, Miami, South Carolina and Tennessee among others. He was the best running back we saw this week - he has quick feet and change of direction. He also has that power build that Tony Elliott loves.

He is an interesting prospect to watch.

*In the “hey that kid looks kind of familiar” category, Cornelius (NC) Hough 2021 quarterback Drake Maye threw under the watchful eye of quarterbacks coach Brandon Streeter. Why does he look familiar? He is the brother of UNC basketball standout Luke Maye. Luke Maye was a Clemson lean – head coach Brad Brownell knows the family and had worked that angle for a long time – before UNC swooped in at the last moment with an offer.