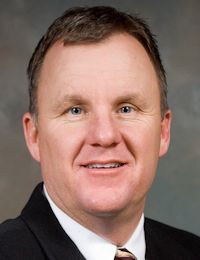 B I O
Clemson has a 32-8 overall record and 21-4 record against ACC teams in his three seasons in Tigertown.

Named 2013 AFCA National Assistant Coach-of-the-Year and one of five finalists for national offensive coordinator-of-the-year by 247Sports.com.

Coached quarterback Tajh Boyd to nearly every school record for a quartetback and the ACC record for both career touchdown responsibility (133) and career passing touchdowns (107). Boyd was also a three-time All-ACC selection.

Running back Andre Ellington and wide receiver DeAndre Hopkins both totaled 1,000 yards at their respective positions in 2012. Hopkins was a second-team All-American and center Dalton Freeman was a first-team All-American as well.

National offensive coordinator-of-the-year by Rivals.com in 2011.
Molded Boyd into a First-Team All-ACC pick in 2011. Clemson also had a 1,000-yard rusher (Ellington) and 1,000-yard receiver (Watkins).

Served as offensive coordinator and associate head coach at Tulsa in 2010 and guided the offense to among the nation's best. That offense was a big reason Tulsa improved from 5-7 in 2009 to 10-3 in 2010.