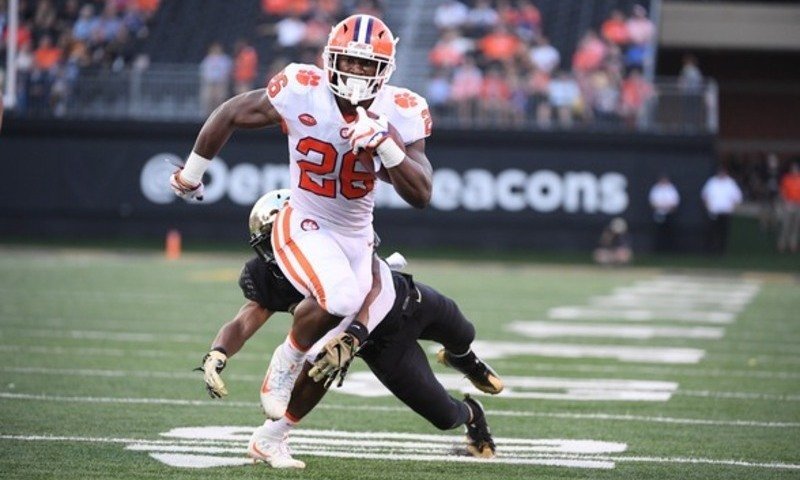 The Clemson defense finished the first half of the regular season strong on Saturday.

The Clemson offense, with a more steady QB picture this week, rolled to just short of 700 yards with big plays in the passing and running game. On the defensive side, the Tigers smothered another high-tempo attack to under 250 yards in 78 plays. Over all three phases, Clemson played the entire 72-man travel roster for the second time in three weeks.

This season the ‘Second Look’ features the TigerNet staff grading Clemson as a group and offering some different perspectives on the action each week. Here’s our look at week six of Clemson football:

Don’t look now, but Travis Etienne and the Clemson offense are climbing the rushing charts.

Etienne is now fourth nationally in rushing yardage with 761 yards on just 83 carries. To put that in perspective, he is tied for 51st in carries with his 83 yet is fourth in yards. Etienne got the Tigers rolling with a long touchdown run to start the scoring and the offense never looked back in scoring 63 points.

Clemson gained 698 yards of offense, the fifth-most in a game in school history, and rushed for 471 yards. The 471 rushing yards are the fourth-most yards on the ground in program history and the most since Oct. 31, 1981 when the Tigers amassed 536 rushing yards against Wake Forest. 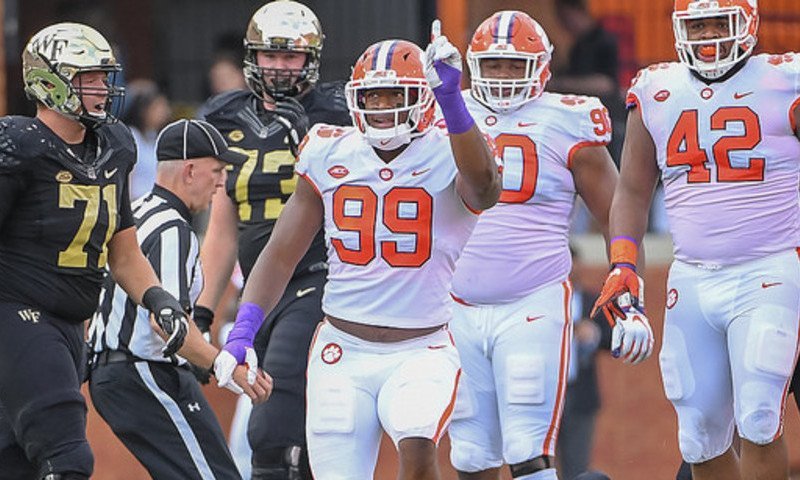 The Clemson defense finished the first half of the regular season strong on Saturday."

The passing game was also much better – starter Trevor Lawrence was an efficient 20-of-25 for 175 yards and two scores, while Justyn Ross and Tee Higgins continue to show they can’t be covered one-on-one. Things went so for well for the offense that backup quarterback Chase Brice hit Diondre Overton on a beautiful fade pass for a touchdown late in the game, leaving multiple Wake defenders shaking their heads as they left the field.

Heck, even Hunter Renfrow threw a pass and Will Swinney caught one.

There was a lost fumble and the offense started slow, but once the train got rolling it didn’t stop. -- David Hood

The Clemson defense faced its most plays this season (78), but not so much for the uptempo philosophy of Wake Forest and more because the Clemson offense kept scoring so quickly after Brent Venables’ group forced punt after punt from the Deacs.

There were 12 punts in all with seven coming after three-and-outs. Aided by some Clelin Ferrell pressure on the QB, safety Tanner Muse swooped in for the interception to end another drive - and a Wake Forest team that came into the game 8-of-10 on fourth down went 0-for-2 on the day there for two more scoreless possessions.

Wake Forest entered Clemson’s side of the 50 four times - only three without the help of a turnover - and came out with three points over 18 total drives.

One of the better rushing teams coming in nationally, the Deacs were held to three yards on 21 carries at the half and starting quarterback Sam Hartman averaged just 4.4 yards per pass in the same 30 minutes. A switch to the run-geared Kendall Hinton at QB in the second half found some success, but even then, Clemson improved its red zone TD percentage allowed to 53 percent (28th-best nationally).

Overall, it was another dominant performance with constant pressure on the QB and containment of the run game, despite multiple substitutions again. Venables and company have been able to mix in a number of young and veteran reserves to keep the entire two-deep sharp during a strong first half of the regular season. -- Brandon Rink

Clemson’s special teams group had plenty of chances to make mistakes on Saturday. When the final score winds up being 63-3, that means someone is putting a foot to the ball multiple times. A week after dropping a couple of punts in a heart-attack win over Syracuse, the special teams unit went largely unscathed in the win over Wake Forest.

The Demon Deacons punted an astounding 12 times, and just four of those were returned (three by Amari Rodgers and one by Will Swinney). Wake Forest kicked off just twice – once after a field goal and once at the start of the second half – and there were no returns.

Punter Will Spiers had a better day, averaging 42.3 yards per punt on six punts.

Wake’s Greg Dortch had three punt returns (one for 24 yards) but totaled just 19 yards. He had one kickoff return for 25 yards.

Kicker Greg Huegel was perfect on all seven extra point attempts, while BT Potter added the final two. There were no field goals attempted by the Clemson offense.

The best part of the day, however, was the fact the wide receiver Hunter Renfrow got a chance to punt and nailed a 42-yarder. That alone gives the unit a passing grade. -- David Hood