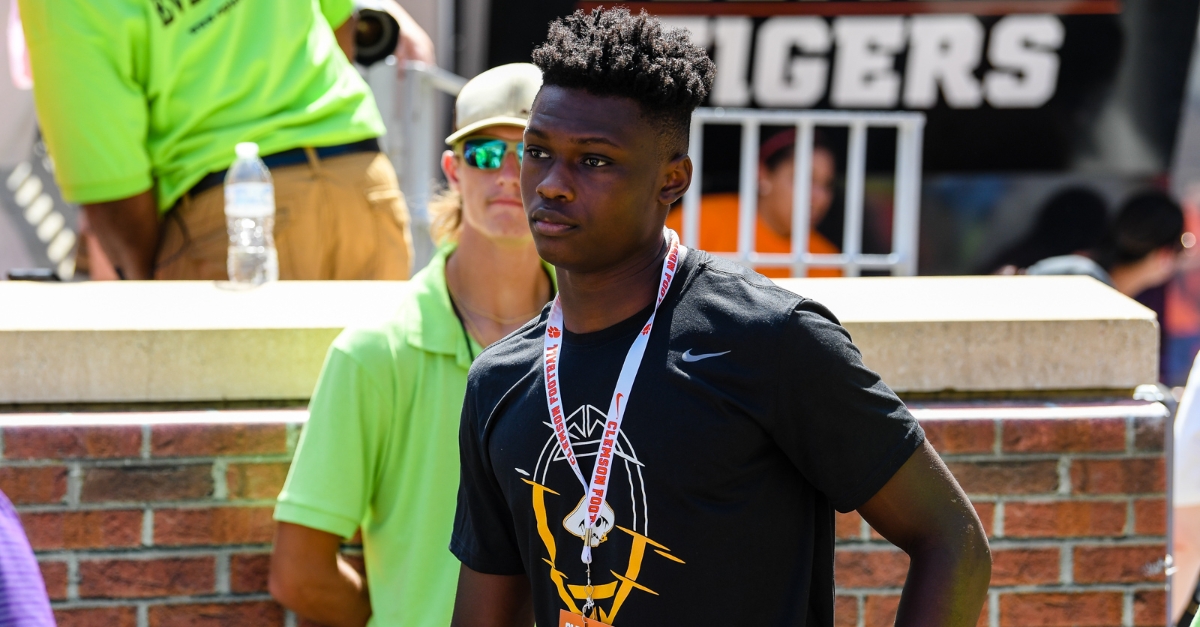 Randall has Clemson as one of his leaders

Up until September 1st, Clemson had only sent out one offer to a wide receiver in the 2022 class. Now, WRU has officially offered their second wide receiver.

Adam Randall had been communicating with wide receivers coach Tyler Grisham on a regular basis, and the official offer has now been handed out to the in-state wide receiver. Randall, at 6-3 198-pounds, is currently ranked as the No. 176 player in the nation and the No. 4 player in South Carolina according to 247Sports. The talented playmaker from Myrtle Beach (SC) has built a strong relationship with Clemson’s first-year receivers coach, and the Clemson offer was a bit different from all the others.

“It was great hearing that they wanted to give me an offer and I was very excited! And it was a little different because me and coach Grisham have such a good relationship,” Randall told TigerNet.

“When I went to camp in the 9th grade, they put me with coach (Jeff) Scott so that I could be in front of him during the camp,” Randall said. “But my 8th grade camp, I was paired with coach Grisham during camp. So we have been building a relationship for the past two years, and now every time I go up there I speak to him. The conversations have been talking about how to stay focused with everything crazy happening right now.”

Randall has been a frequent visitor to Clemson, attending the past three football camps and being in attendance for football games for recruiting trips. What has been his overall impression from being around the Clemson program?

“It’s definitely a high-class place, and the coaches are high-class themselves,” he said. “They set a standard and everyone that works or plays there goes by the standard.

At the moment, Randall said that Clemson, Oregon, Tennessee, and South Carolina are his leaders. Randall said that once recruiting resumes, the schools that he plans on visiting are Clemson, UNC, Tennessee, Oregon, Georgia, and South Carolina. What will Randall be looking for in a school on his visits? And what are coaches telling him that they like about his play on the field?

On film, Randall’s physicality and big-play potential immediately stand out. At 6-3, Randall is a very smooth route runner and shows off strong hands on contested passes. Randall shows big play capability, creating separation from defensive backs and dragging defenders once the ball is secured.

Blessed to have received an of from Clemson University!! #ALLIN #BD @Coach_Grisham pic.twitter.com/sW8Fald2xR