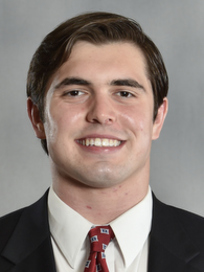 Punter / Kicker
B I O
Original walk-on joined the team in the spring of 2016 … has a 38.8-yard average and 35.5-yard net average on four punts in four games (one start) in his career … has two punts inside the 20 against no touchbacks.

Before Clemson: Starting tight end and punter for Brentwood Academy in Tennessee.