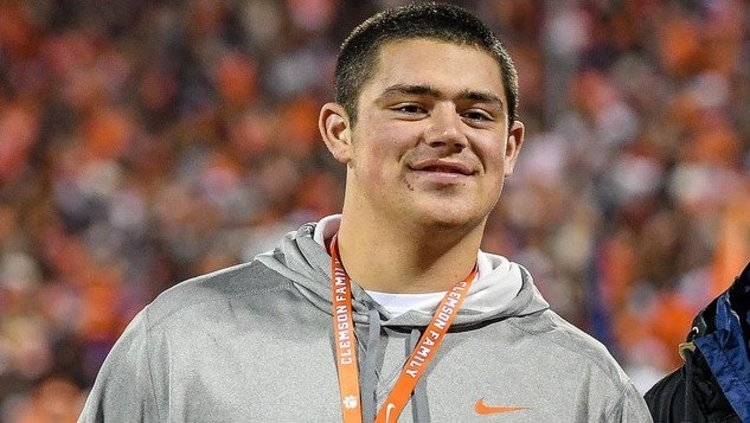 The latest rankings updates are in for the 2020 class and they featured some movement for Clemson’s signee group.

Clemson’s 24-man class is already signed from the early signing period but major recruiting sites such as Rivals and 247Sports have done their last tweaks after combines, all-star games and more evaluations.

In the industry average provided by the 247Sports Composite, Bryan Bresee is still currently listed on top in a top-100 also including Myles Murphy (7), DJ Uiagalelei (10), Demarkcus Bowman (20), Trenton Simpson (26), Demonte Capehart (33), Walker Parks (49), EJ Williams (68) and Tre Williams (93). Clemson has a nation-leading five of the 31 consensus 5-stars according to that average, with Simpson rounding them out.

247Sports recruiting director Barton Simmons said Tuesday that the trio of Bresee, Young and Uiagalelei were close for the top spot.

“He (Bresee) kept getting better,” Simmons said, after remarking he might have expected some drop-off. “His game kept evolving. He has athleticism. He has versatility. He started growing out of a defensive end into more of an interior guy at around 300 pounds. But still has that outstanding edge athleticism...He can be a 3-4 end, a 4-3 end and a 3-technique. He can do all kinds of different things...Beyond all of that, this is a kid with an elite competitive mentality...There’s no question in my mind that Bryan Bresee is going to make it and be really successful at the next level.”

Simmons' NFL comparison for Uiagalelei was JaMarcus Russell, emphasizing the positive elements for the former LSU QB who quickly washed out of the league.

“Keep in mind now that the JaMarcus Russell comparison is a comparison of athletic traits, skillsets - take the off-the-field stuff off the table," Simmons said. "This is a guy (Russell) that went No. 1 in the NFL draft for a reason because he was massive with a massive arm and some mobility at that. That’s what DJ Uiagalelei is...His physical traits, the sum of those parts, is probably No. 1 in this class and the productivity is there as well.”

"I think Bryce Young, DJ Uiagalelei and Bryan Bresee could make up the top-three picks in that order in about three years. Usually, you can't say that...We were excited in trying to project that."

Clemson dropped from No. 1 to No. 3 in the 247Sports Composite team rankings for 2020. The Tigers are still on top of the Rivals’ team rankings (3036), ahead of Alabama (3010) and Georgia (2972) with both SEC schools likely to add on to their classes and Clemson not expected to currently.