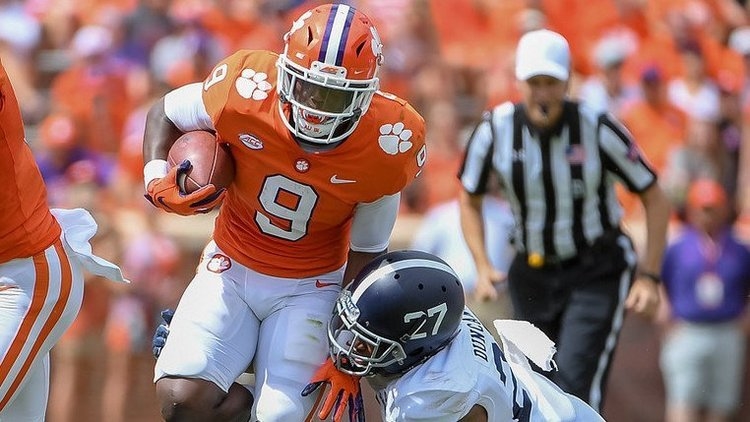 The Tigers placed a total of 18 players on the first, second and third teams. Boston College followed with 11 selections, while Syracuse followed with nine and NC State filled eight spots.

A voting panel of 46 media members and the league’s 14 head coaches cast ballots for the 2018 All-ACC Football Teams, with three points awarded for each first-team vote, two points for each second-team vote and one point for each third-team selection.

Wake Forest sophomore Greg Dortch was voted the team’s all-purpose back after piling up 1,750 total yards on receptions, kick returns and rushing. Dortch also earned a spot as a first-team specialist.

Clemson dominated with three of the four first-team defensive line selections, led by junior defensive end Clelin Ferrell with 163 total points. Ferrell leads the conference in quarterback sacks (10.5) and has 15.5 total tackles for loss. He is joined by the Tiger defensive tackles Christian Wilkins and Dexter Lawrence, along with Florida State defensive end Brian Burns.

Cheevers and Cisco are currently tied for the NCAA Division I lead in interceptions with seven each. NC State’s Pratt leads the ACC in tackles with 9.8 per game. Florida State’s Burns is tied for second behind Ferrell in tackles for loss with 10.

Syracuse freshman Andre Szmyt is the first-team placekicker after connecting on 28 of 32 field goal attempts and all 57 of his extra point tries during the regular season. The Orange also boast the first-team All-ACC punter in junior Sterling Hofrichter, who averages 43.3 yards per attempt and has placed an ACC-leading 25 punts inside the opponents’ 25-yard line.

Clemson’s Hyatt, Ferrell, Wilkins and Lawrence are repeat first-team All-ACC selections from 2017, as are Boston College’s Dillon and Duke’s Giles-Harris.