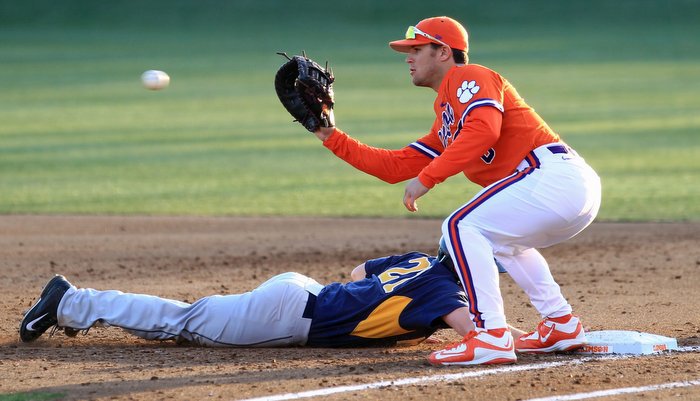 In Monte Lee's first year at Clemson, he had few options at so many positions.

I have no idea what was said in staff meetings when even late in the season they had to go with TBA as the Saturday and Sunday starting pitchers.

Often when he had to go the bullpen, it was like a poker hand where he was throwing away a three and getting a two. He had few options.

When his shortstop couldn't field a ground ball and throw it to first, he had no options on the bench.

He tried multiple bodies at third base the entire season. He tried Adam Renwick, Glen Batson, Jordan Greene and Chris Williams, but few had success.

In left field, Rohlman is limited with his range and arm, but again Lee had few options.

Seth Beer is moving to first base, but if that doesn't work, Andrew Cox or Drew Wharton are always available. At second and shortstop they have true freshman Logan Davidson, transfer Grayson Byrd, transfer Weston Jackson, red-shirt Grant Cox, Renwick, Batson, and Greene.

JUCO newcomer Patrick Cromwell could take over at third, but Greene, Batson, and Renwick may continue to develop just in case.

The only outfield position that is set is centerfield with Chase Pinder. The corner outfielders could be Jackson, Rohlman, K.J. Bryant, Robert Jolly and Wharton.

Chris Wiliams will move to catcher, but others can compete including Jolly.

On the mound, Clemson should be much improved because of depth. Charlie Barnes, Pat Krall, and Alex Eubanks may have the inside track on the weekend rotation, but Brooks Crawford, Ryley Gilliam, Jake Higginbotham and two JUCO pitchers could help the staff.

As Lee and his staff continue to pound the pavement on the recruiting trail, more depth and more answers will be added. We will see more of that in 2017 than we did this past season. Maybe the staff meetings will look a little different next season.