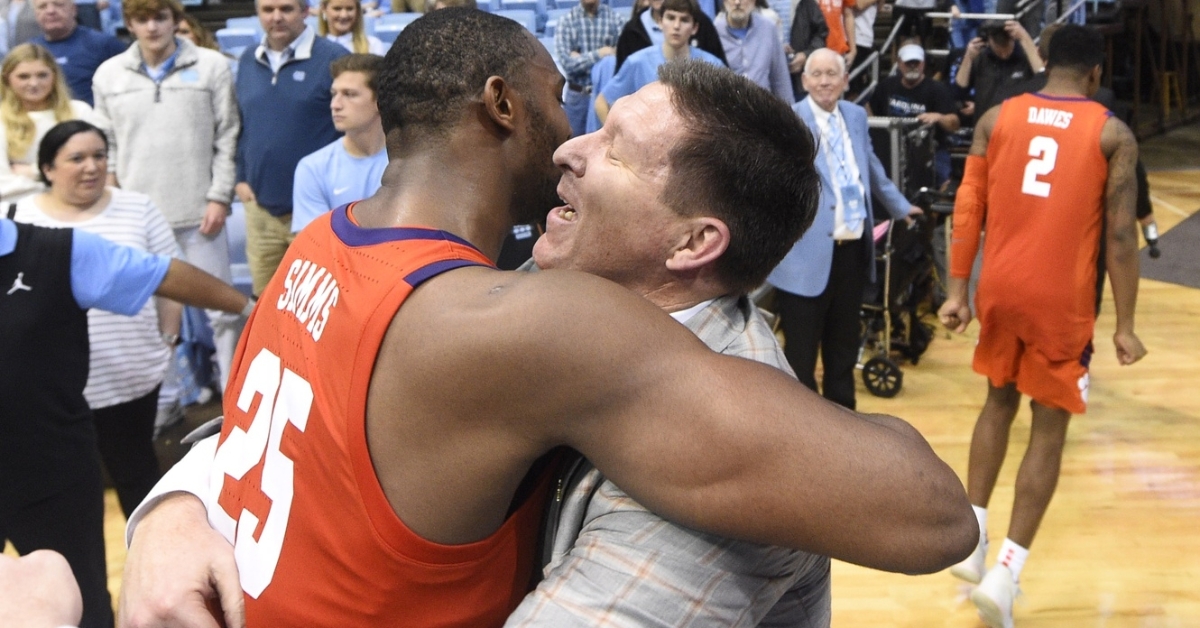 CHAPEL HILL, NC – The Tigers are oh-for-Chapel Hill no more. The streak is over at 59 games.

Clemson used a 12-2 run at the end of regulation to force overtime and the Tigers continued that momentum in the extra period to claim the program’s first-ever win in Chapel Hill in 60 tries. It all added up to a 79-76 victory for the Tigers over UNC at the Dean Smith Center Saturday afternoon.

"That was a remarkable win. I'm incredibly proud of our players," said head coach Brad Brownell. "North Carolina played hard. We made a couple of runs, but they battled back every time. I thought we made some outstanding plays at the end of the game. That was a great execution of the 3-point shot by Aamir [Simms] to tie it at the end of regulation. In overtime, we made a couple of backdoor cuts that worked out. I thought our team played incredibly well."

Browell said it is a relief to see the streak finally come to an end. 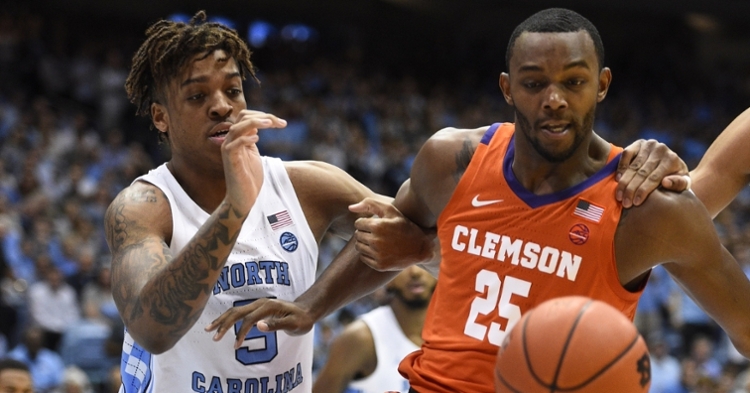 "We're certainly glad that it's over. To change the narrative is a good thing," Brownell said. "You've got to be really proud of this team for the way they fought, didn't give in and made big shots and big plays."

The Tigers started the overtime with layups from John Newman and Hunter Tyson to give Clemson a 74-70 lead. The Heels tied the score with just over two minutes remaining, but Trapp’s layup and a free throw from Curran Scott pushed Clemson’s lead back to 77-74.

The Tigers forced overtime with a 12-2 run to end regulation. North Carolina led by as many as 11 in the second half and by eight with just over two minutes remaining in the game. The Tigers began to claw back, however, and Aamir Simms’ 3-pointer with 34 seconds remaining cut the Tar Heel advantage to just one at 68-67.

UNC head coach Roy Williams told the media postgame that he should have had his team foul Simms.

"I told them if I die tomorrow or 20 years from now that will be the biggest regret I have in 32 years as a coach," Williams said. "These kids really need a win and their coach let them down today."

The two teams traded shots for the majority of the second half before UNC started to pull away. A Clemson defender sagged inside and Robinson found himself with the ball and drained the deep shot. With 5:25 left to play, Robinson knocked down another 3-pointer, giving North Carolina a 66-55 lead.

Clemson returns to the floor Tuesday night, hosting Duke in a 7 p.m. matchup.

**More to come from Chapel Hill.

Clemson vs. UNC box
Get the latest Clemson gear right here!
Comment on this story