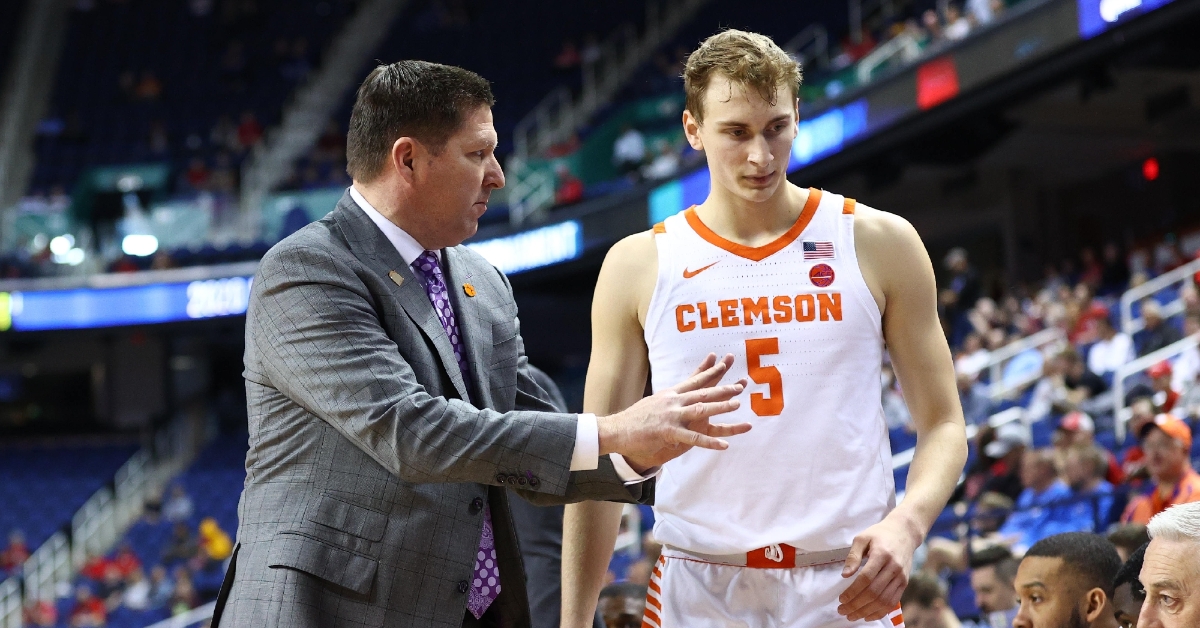 GREENSBORO -- Clemson's Tigers were cool at the free-throw line to punch a ticket to the ACC quarterfinals with a 69-64 win over Miami.

That success put them ahead going into the closing minutes, knocking down six in a row to take a 59-53 edge.

Aamir Simms then kicked it out to Hunter Tyson for a trey to take a 62-53 edge with a minute and a half left. The ensuing possession saw Clemson’s biggest lead yet with a pair of Al-Amir Dawes free throws and a 64-53 advantage. Dawes, a freshman, says he loves those kind of moments.

"To be honest, I love the feeling to hit free throws and not let the other team get back and gain momentum," Dawes said. "I just love doing that. And our team loves doing that. That’s what makes us a good team."

Miami worked its way back in the mix from beyond the arc and some Clemson help in the turnover area, cutting the Tigers' lead back to four points with 15 seconds left.

Simms hit a free throw with 10 seconds to go and Miami's last shot went off the mark for the final score.

Dawes led Clemson with 18 points on 4-of-7 shooting, hitting all eight free-throw attempts. 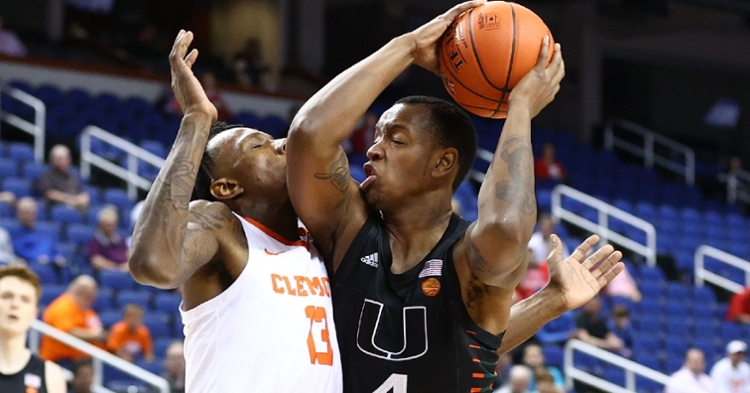 "It feels great to be honest," Dawes said of playing a key role. "When I was in high school, people didn’t think I was great or well-prepared for the ACC -- wasn’t well-equipped for it. This kind of playing here and getting wins is a great feeling."

Miami shot 38.1 percent from the field over the game with Chris Lykes leading the way with 21 points on 7-of-16 shooting.

Neither side came out of the locker room hot-shooting.

Clemson led by as much as seven points in the first period but saw that lead evaporate over a six-plus-minute scoring drought where the Hurricanes surged to the lead.

Curran Scott broke the 11-0 Miami run with a contested layup and Simms tied things up with a jumper before the ‘Canes took a 23-21 lead into the break. Miami got away with just two makes in its 15 3-point attempts in the first 20 minutes, while Clemson hit just 3-of-11 from beyond the arc.

The Tigers started 4-of-6 shooting from the field out of the break to jump on top in some back-and-forth action with lead changes.

“It meant a lot,” Newman said of performing in his hometown. “Being back in Greensboro, the city I grew up in - I felt like everything was magnified for me. A bunch of people who have grown up with me and seen my game develop over the years...when I was young, to now to see me at the college level in the best conference -- that’s special to me.”

Miami climbed back into it from beyond the perimeter to tie things up at 44 after treys from Kameron McGusty and Lykes with just under eight to go.

"I thought we played very well defensively throughout. Certainly, Chris Lykes is difficult to cover," Brownell said. "Aamir [Simms] played with tremendous poise in the second half. Hunter [Tyson] made some big shots. Offensively, we were very good in the second half. We got in a rhythm, and our pace was better. The ability by Al-Amir [Dawes] to make free throws down the stretch was big, as well."

The Tigers shot 56.5 percent from the field in the second half.

Clemson advanced to a second game in the ACC Tourney for the fifth time under Brad Brownell.

The Tigers will take on Florida State at 12:30 p.m. Thursday (ESPN) in a rematch almost two weeks after Clemson upset the No. 6 Seminoles in Littlejohn, 70-69. That was one of three top-6 wins for the Tigers this year.

“We have a lot of confidence,” Newman said. “We kinda have the evidence that we can beat anybody, for real. We beat three of the top-four teams in the conference. We’ve got the evidence. We’re going in confident and with swagger and we’re going to see what happens.”

Coming in with a .500 record, for every big win has been a head-scratching loss for Brownell's Tigers, but Dawes says the battles this season had them ready to handle the tourney opener.

"The ups and downs kinda helped our team grow and be ready for games like this," he said. "Just winning it and advancing."

“This is what it's about men. Win one and advance.” ????#ClemsonGRIT pic.twitter.com/9x8BdpMIDc