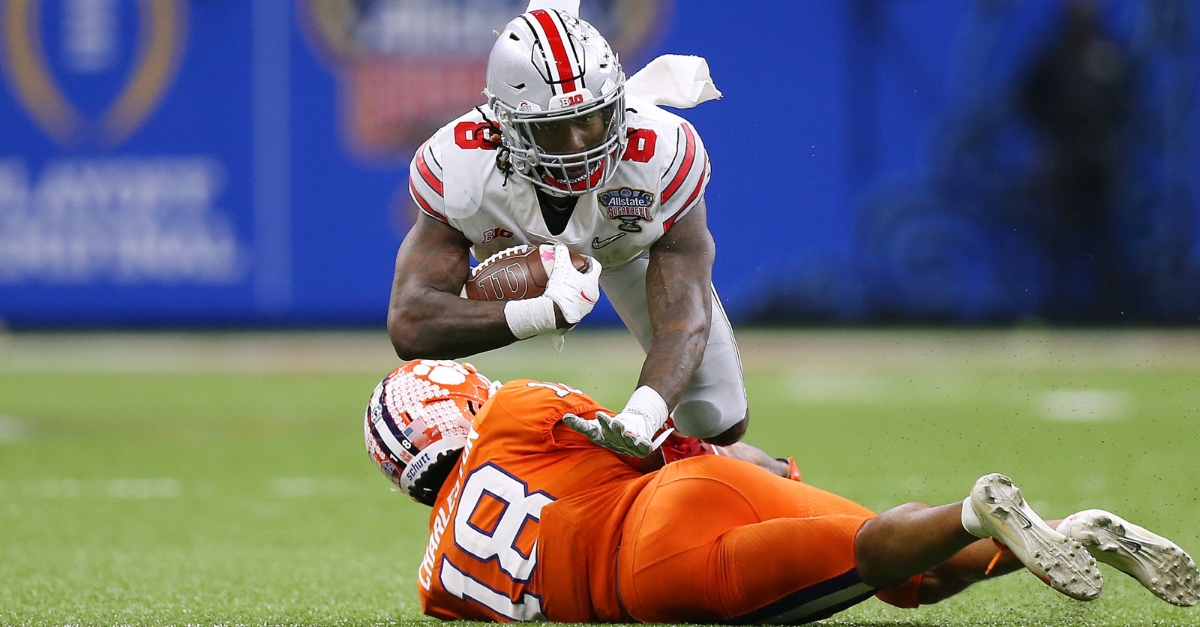 Was it just wishful thinking?

After Clemson dominated Notre Dame in the ACC Championship – particularly with their offensive and defensive line play – I thought the Tigers were peaking at the perfect time. My worries about Clemson’s less than elite play in the trenches dissipated. I saw an Ohio State team whose defense lost a bevy of talent both on the field and on the sidelines and was excited for a fun matchup and likely win. My confidence was shaken a bit when we learned that OC Tony Elliott would not call plays due to a positive COVID-19 test, but I convinced myself Clemson would be ok, and if we’re honest, Elliott’s absence wasn’t the difference in the game. Let’s delve in and discuss what made the difference.

In 2018, Clemson boasted arguably the best defensive line in college football history – “The Power Rangers” (i.e., Austin Bryant, Christian Wilkins, Dexter Lawrence, and Clelin Ferrell). This group dominated up front and often forced teams to rely on quick passes as there was nowhere to run and no time to pass deep.

After that magical 15-0 2018 season, all four defensive line starters left. In the two years since, the Tigers have not returned to anything resembling that level of dominance on the D-line. In 2019, Tigers defensive coordinator Brent Venables often played with just three down linemen as Clemson was rebuilding defensive line depth. This year, that wasn’t the case, but they missed defensive ends Justin Foster and Xavier Thomas far more than anticipated. Myles Murphy was heavily relied upon as a freshman. Murphy was great considering his inexperience but still only had four sacks. That led all Clemson defensive linemen. Baylon Spector, a linebacker, led the team with 4.5 sacks.

On the other side of the ball, Clemson’s rushing success against Notre Dame now looks more like an aberration than a significant step forward at just the right time. Travis Etienne had 10 carries for just 32 yards against Ohio State. Normally, you’d want him to get more chances, but there was little he could do as his offensive line struggled. The greatest running back in school history couldn’t make anything happen. The Tigers’ offensive line struggled in pass protection too – something they’d excelled at this year. Like the defensive line losing four starters after 2018, the offensive line lost four starters after 2019 and predictably took a step back in 2020.

Justin Fields joined Trevor Lawrence and Darien Rencher back in August in the fight to save the college football season. He was on national morning shows explaining why it was important for kids to play and why they should have that option. While the media praises these efforts now that playing proved to be reasonably safe, his outspokenness didn’t come without consternation at the time. For that I respect him and have some level of appreciation for his success. Getting torched for 6 passing touchdowns is not part of what I appreciate though.

Every time it seemed like Clemson was going to get a big momentum turning stop, Justin Fields found an open receiver who had badly beat a Clemson defensive back. Not having safety Nolan Turner for the first half (due to a targeting call in the 2nd half of the ACC Championship) was certainly impactful, but the onslaught didn’t end when he returned. Perhaps part of this could be explained by the aforementioned struggles of the defensive line which gave Buckeye receivers time to get open, but the Buckeye receivers outplayed Clemson’s defensive backs on Friday night.

The Tigers tried to get Lawrence involved in the running game, but Ohio State was simply in the backfield too quickly for it to work. As a result, they went to the air often. Lawrence attempted a whopping 48 passes. He carried Clemson as much as anyone reasonably could. He never gave up and kept slinging it all over the field. Several times it seemed like the Tigers would find their footing only for a crucial mistake to extinguish that hope. Lawrence may have lost his last game, but he went out battling. The best memories of his Clemson career will be of him torching Alabama through the air as a freshman and gashing Ohio State on the ground as part of a 16-point comeback in the Fiesta Bowl as a sophomore. He’s expected to go to the Jacksonville Jaguars and there’s hardly a player in the NFL I’ll pull for as much as Lawrence.

It’s been such a pleasure joining TigerNet and writing this weekly article all season. I’m stunned this is the last one until the Tigers square off against the Bulldogs in Charlotte to start next season. There’s not a whole lot more to say about Friday’s 21-point loss, so I’d like to look toward the future as I wrap up this year’s final Stats & Storylines column.

Clemson has to get better in the trenches. On the offensive line, the Tigers have just one senior (Center Cade Stewart), but even he could choose to stay for an extra year because of the COVID-19 eligibility rules. Will experience and continuity help them take their game to the next level? Will developing young talent like rising sophomore Walker Parks or incoming freshmen Ryan Linthicum and Tristan Leigh earn major roles in 2021? Position battles and reshuffling along the offensive will be one of the most important things to keep an eye on when the team returns to camp for next season. Their first game of 2021 will come against a stout Georgia defense.

On the defensive line, the Tigers were quite young this season. Nose tackle Tyler Davis will be a junior in 2021. Fellow starters Bryan Bresee and Myles Murphy made big impacts as true freshman this year. Will they improve with a year under their belt?

When defensive ends Justin Foster and Xavier Thomas went out, it seemed KJ Henry and Justin Mascoll - both highly touted recruits in their third year with the program - would mitigate the impact of those losses. Unfortunately, the duo was not as disruptive as the Tigers needed. Seeing how these pieces fit together headed into next year will be another interesting storyline. What we know is the Tigers need their defensive line to cause more chaos next season.

After improved line play, the biggest questions for next year’s team may be in the secondary. Will Nolan Turner be back for a sixth season? If not, will Zanders and Charleston start at safety? Will another young player (e.g., Jalyn Philips) make big strides in the off-season? What about Andrew Mukuba, the four-star safety prospect from Texas? Andrew Booth has the potential to develop into a lockdown corner like Trayvon Mullen and AJ Terrell were in years past. Does Derion Kendrick return to improve his draft status or head to the NFL?

What does the running back room look like in 2021? Obviously, Travis Etienne carried the load in 2020. Lyn-J Dixon and Chez Mellusi seemed to stake claims to the back-up roles behind him. Will they ascend to co-starters? Freshman Will Shipley, the No. 1 running back recruit in the country, joins Clemson next season. How big will his role be? If you’ll recall, when Etienne was a freshman he slowly worked his way up the depth chart and wasn’t atop the pecking order until later in the year. Sorting out the running back room will probably have less of an impact than improving in the trenches, but it will be fun to watch nonetheless. This season may have just ended, but I’m already looking forward to a normal season in 2021 with all the screaming fans and rich pageantry that makes Clemson so special.