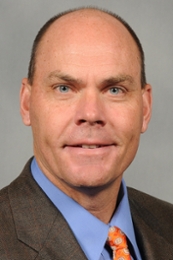 
• Coached in a national championship game with three different schools, including Clemson (2015,16,18,19).


• Had a big impact in Clemson winning six ACC titles. He has been on the staff of eight ACC Atlantic Division titles in the last 11 years.


• Placekicker Greg Huegel was an All-American in the 2015 season.


• Coached Bradley Pinion, who averaged 42.6 yards per punt with 28 punts inside the 20 against only two touchbacks. Pinion was selected in the fifth round of the 2015 NFL draft and is now the starter for the Tampa Bay Buccaneers.


• Has coached the special teams since 2011, including current NFL kicker Chandler Catanzaro, who was a three-time All-ACC pick. He is Clemson’s career scoring leader (404) and made 81.7 percent of his field goals.


• Coached Brandon Ford to a First-Team All-ACC season at tight end in 2012.


• Coached Dwayne Allen, a Super Bowl champion with the New England Patriots, in the 2011 season, when Allen won the Mackey Award and was a first-team All-American.


• In 2009, his tight ends had 54 catches, most for the position in Tiger history at the time. He coached first-team All-ACC tight end Michael Palmer and Hairston, a second-team All-ACC selection.


• Joined the staff in December 2008 and coached in the 2009 Gator Bowl. He joined a small group of people who have played for Clemson in a bowl game and later coached the Tigers in a bowl game.


• Played tight end on Clemson’s 1986 and 1987 ACC title teams, then served as a graduate assistant on the Tigers’ 1988 ACC Championship team.


• In 28 years as a full-time Division I coach, his teams have played 28 bowl games. Including three years as a graduate assistant coach, it is 31 bowl games in 31 seasons.


• In his second year at Alabama, he directed the offensive tackles and served as special teams coordinator on its 1992 national title team.


• After eight years at Alabama, he moved to Virginia Tech, where he worked eight years under Frank Beamer.


• Virginia Tech played Florida State for the national championship in the Sugar Bowl in 1999.


• Coached tight ends at Virginia Tech and was also a special teams assistant.


• Coached at North Carolina in 2006, Duke in 2007 and Maryland in 2008. He helped Maryland to the Humanitarian Bowl in 2008, before leaving to coach in the Gator Bowl vs. Nebraska for the Tigers that season.