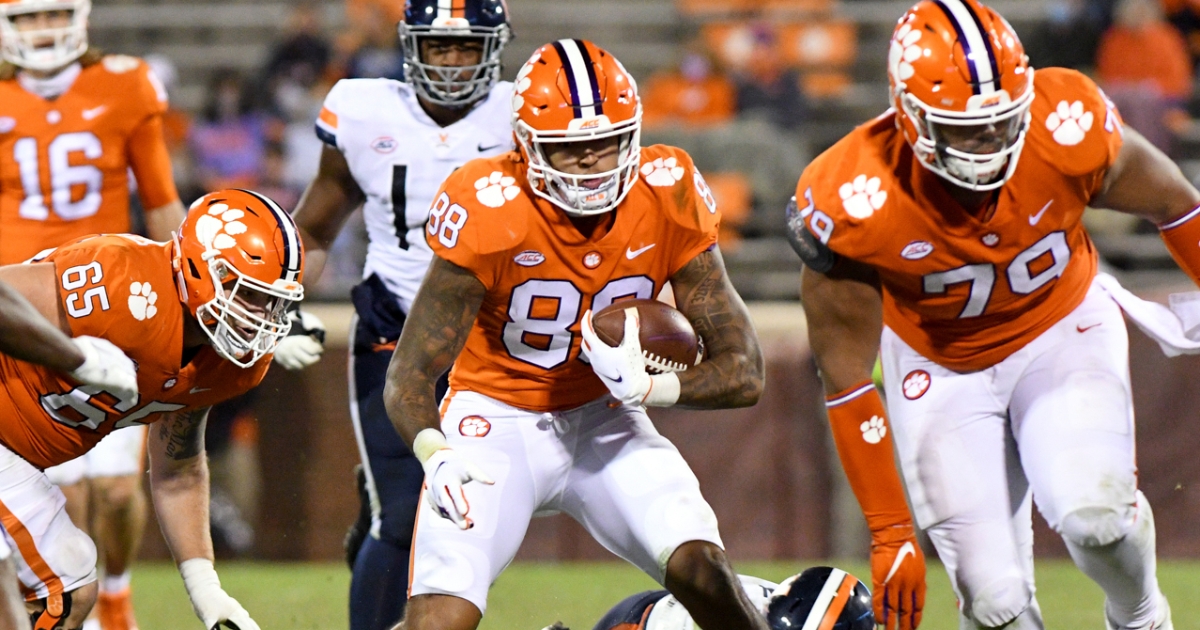 Allen was periodically a threat downfield and a solid run-blocker.

We continue our look at the Tigers’ season position-by-position with the tight ends:

Trevor with a beauty of a pitch fake and throw to Davis Allen for a 34-yd TD!

David Hood: A lot has been made about the production from the tight end spot this past season. Or, if I may, the perceived lack of production. Braden Galloway was fourth on the team in receiving with his 27 receptions and Davis Allen was seventh with 16 catches. That’s a huge improvement from 2019 when JC Chalk led all tight ends with just 13 catches. In Clemson’s 2018 National Championship season, no tight end had more catches than Milan Richard, who wound up with just six.

However, last year’s production was still a far cry from 2016 (Jordan Leggett, 46 catches), 2015 (Leggett, 40), 2012 (Brandon Ford, 40), 2011 (Dwayne Allen, 49), and 2009 (Michael Palmer, 43). Of course, this year’s tight end group had to block more than anyone would like because the offensive line struggled at times. Galloway and Davis are a great tandem and hopefully will flourish under Tony Elliott, who is replacing Danny Pearman as the position coach. Jaelyn Lay is a physical specimen but hasn’t impressed enough to see the field and has just two receptions in two years for a grand total of 20 yards.

The Tigers add Jake Briningstool, the nation’s top-ranked tight end prospect for the 2021 recruiting cycle, into the mix for 2021. That makes for a crowded yet competitive room, and with a new voice, hopefully a more productive room from a receiving standpoint. 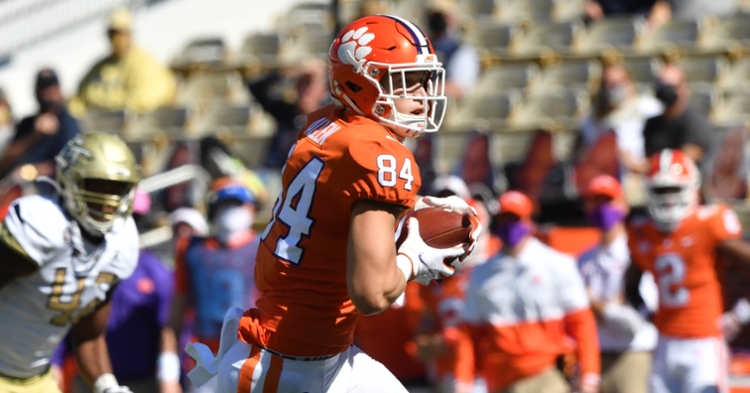 Allen was periodically a threat downfield and a solid run-blocker. "

Brandon Rink: The start of the season seemed to indicate a shift in the tight end’s role in the offense, and like David noted, there was improvement from recent years -- it just didn’t end up being a significant part of the offense.

Chalk caught the first touchdown pass of the season and tight ends saw eight targets with seven catches for 114 yards in the opener against Wake Forest. While that was a lofty start, the tight end group then averaged 3.9 catches for 40 yards with six total TDs over the remaining games and made up 13 percent of the total receiving yards (up from five percent in 2019 and 3.3 percent in 2018, however).

Overall, I’d say the needle is pointing up for the group and will improve with the addition of Briningstool and possibly Ennis working his way in after a full year on campus. With Elliott taking over position coaching here, it'll be interesting to track what might happen under the former Tigers receiver.