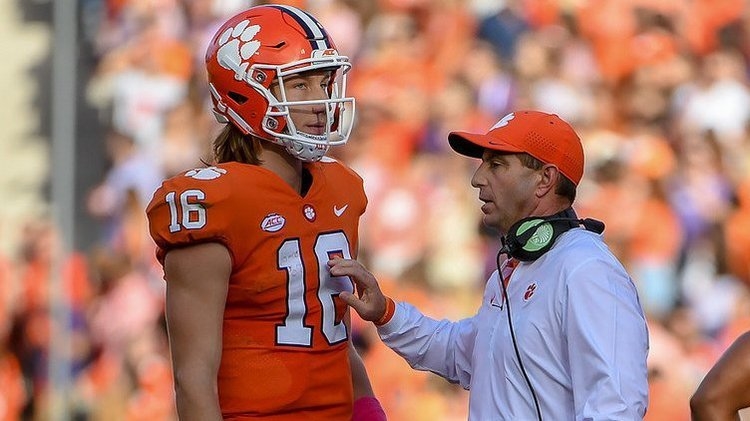 What will Trevor Lawrence do for an encore?

"Lawrence didn't win the starting job until Week 5, but once he was atop the Clemson depth chart, the only remaining question was -- what took so long?" ESPN writes. "Lawrence finished with 30 touchdown passes, just four picks and 3,280 yards passing to go with a national championship trophy. Not bad for a true freshman. Now the biggest question is how he can possibly top such an impressive debut campaign."

Joining Lawrence in the top-10 is 2018 ACC player of the year Travis Etienne (8) and dynamic sophomore target Justyn Ross (10).