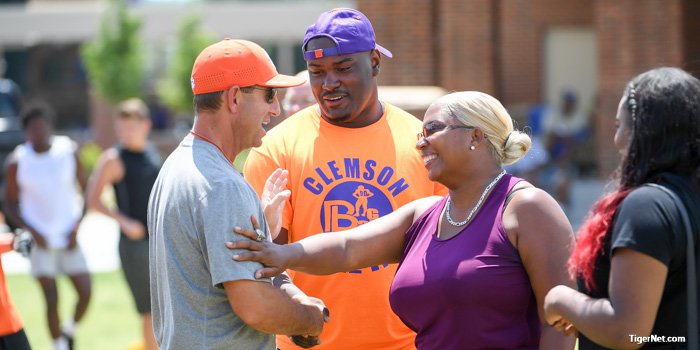 The 6-foot-6 five-star prospect connected on all seven second-half throws with one score before his exit in the blowout win.

Lawrence improved his completion rate to 69.7 percent for 1,208 yards with 12 touchdown passes to one interception.

Down at Newton (Ga.), three-star defensive tackle Darnell Jefferies posted a tackle for loss among a couple stops, with a fumble recovery, in a 47-28 win over Peachtree Ridge (Ga.).

Newton moved to 3-0, Jefferies improving his total to eight tackles for loss on the season.

@BigBaby_90 forced Robinson into intentional grounding. Then hawks down the RB on a screen pass. #ClemsonFamily commit is having a game

Mascoll posted five tackles in a tough night overall for South Gwinnett, which dropped to 1-3 with a 30-23 loss to South Forsyth.