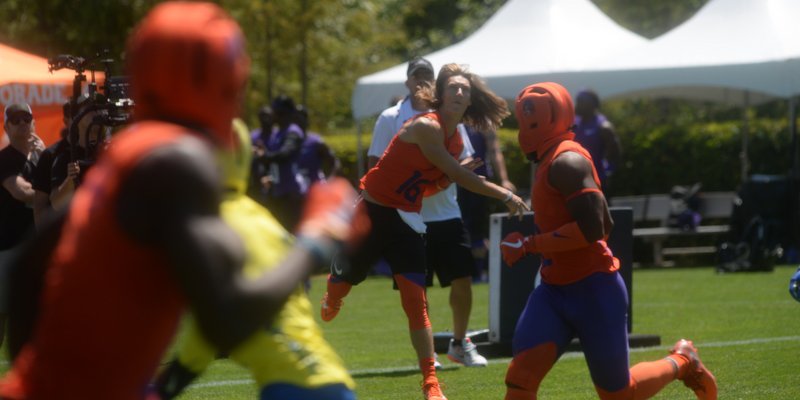 Lawrence is only 117 passing yards away from breaking Deshaun Watson's state passing record.

Lawrence tossed four touchdowns, connecting on 15-of-19 passes for 284 yards. The 6-foot-6 prospect improved his completion rate this season to 73.3 percent, with 30 touchdown throws to one interception.

Cartersville has won 38-straight under Lawrence's leadership and hosts Chapel Hill (Ga.) next, as one of two region games left before the playoffs start.

Galloway returned to action after suffering a foot injury just two games into his campaign, leading Seneca to a 31-21 region win over Walhalla. Galloway, who plays quarterback for the Bobcats, connected on 7-of-15 passes for 181 yards with two touchdowns.

Mascoll helped South Gwinnett snap a four-game losing streak by shutting out Rockdale County (Ga.) in the second half in a 19-14 win. Mascoll lived in the backfield with a sack, a couple more tackle for loss and a forced fumble.

Kendrick passed for two touchdowns and Potter connected on a 36-yard field goal in a 45-10 South Pointe win over Lancaster (SC). Kendrick completed 11-of-16 passes for 125 yards – one a 40-yard TD throw. Kendrick has totaled 17 passing touchdowns and 23 total scores this season.