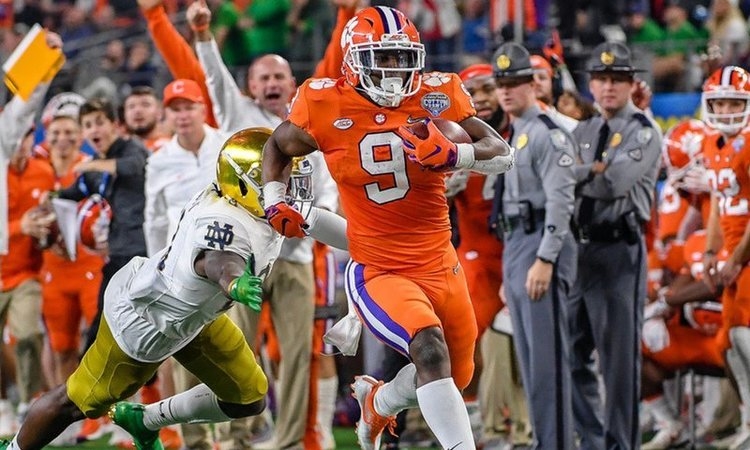 Etienne won ACC player of the year and will compete for a run to the Heisman ceremony in 2019.

Clemson only trailed Alabama's nine honorees. The SEC led all conferences with 26 selections, followed by the Big Ten (21) and ACC (18).

Among recent national rankings, Phil Steele instead gave Clemson's QBs led by Lawrence the edge over Alabama and Tua Tagovailoa.

USA TODAY, which also gave Lawrence the nod as the nation's best QB preseason, ranked Higgins and Ross as the fourth and sixth-best receivers respectively this week.