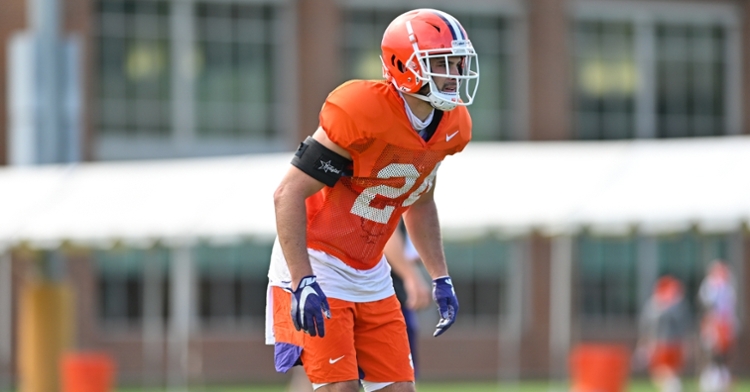 Nolan Turner is one to watch in moving to a bigger role this year. (Photo per Clemson athletics)

Pro Football Focus unveiled recently its preseason All-ACC honors for a 2020 season including 15 teams now with Notre Dame and Clemson is well-represented.

"Etienne's greatness is taken for granted," PFF writes. "In 2018 and 2019, he posted two of the three best rushing grades we have ever given out. In the span combined, the Clemson Tiger ranks first in rushing grade, broken tackles per attempt (0.35), yards after contact per attempt (4.7) and rate of carries resulting in a first down or touchdown (36.5%). On top of that, he's been the most valuable non-quarterback in the country in that span. It isn't a hot take to say Etienne should be in the conversation for best running back in the history of college football."

Tyler Davis was listed as an honorable mention defensive tackle.