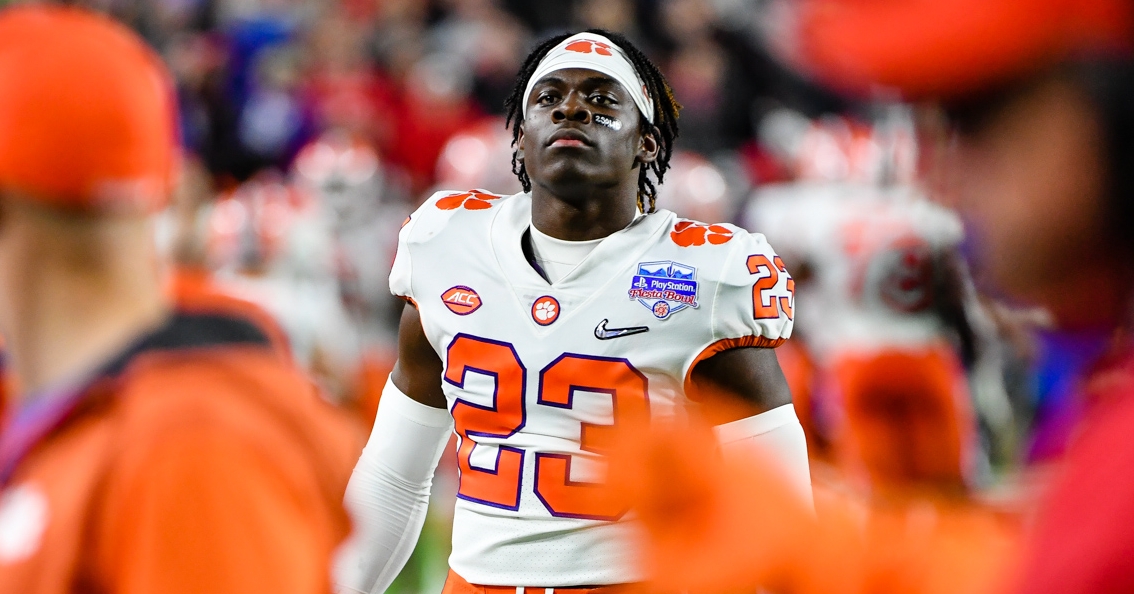 Andre Booth is turning heads in camp in August.

Andrew Booth had his share of disappointments and battles last season, from a long bus ride home from Louisville to an injury that limited his effectiveness. He is using this fall camp to make an impression on his fellow players and his coaches.

Booth, a former five-star recruit from Dacula (GA) Archer has also battled a nagging injury in August and recently returned to practice. He’s battling for a starting corner spot opposite Derion Kendrick, and he’s been noticed, especially by senior receiver Amari Rodgers.

“I’ve been a mentor for him for like the past year since he got here,” Rodgers said of Booth following Tuesday’s practice. “I’ve seen it in him since he got here, the dog that he has, the skill set that he has. He’s very physical at the line of scrimmage and he’s very fast, too, so he recovers whenever he may slip up. So, he’s a dog, man. I’ve seen it all camp. He got a little banged up, but he’s back now. So, I’m excited for him.”

Booth enters 2020 credited with six tackles and a pass breakup in 65 defensive snaps over 13 games. However, Booth found himself on an equipment bus for the ride back to Clemson last fall after the Tigers’ win at Louisville. Booth was ejected from the game after punching a Louisville player and drawing an unsportsmanlike conduct penalty with 8:11 left in the game.

Head coach Dabo Swinney told the media that the incident didn’t represent who Booth is as a person or player, and that once they had a conversation about team punishment, they would both move on. Booth has not only moved on, he has moved forward and was a standout in Wednesday’s scrimmage.

“I thought had his best day,” Swinney said. “He had some good open-field tackles. From where he was last year to this year is night-and-day. He’s healthy, he's strong, he's so much more knowledgeable. He's very focused and he's just confident, so I'm really proud of him. He did not have a great scrimmage the last time out, but he responded today.”

Other young corners are also starting to stand out – freshmen Fred Davis and Malcolm Greene in particular – and Swinney said cornerback will be a position of strength this season.

“I tell you, it's a good time to be the corner coach at Clemson,” Swinney said. “Mike Reed’s done a great job of kind of building his room. We've just got a great group of guys. I'm super proud of all of them.”