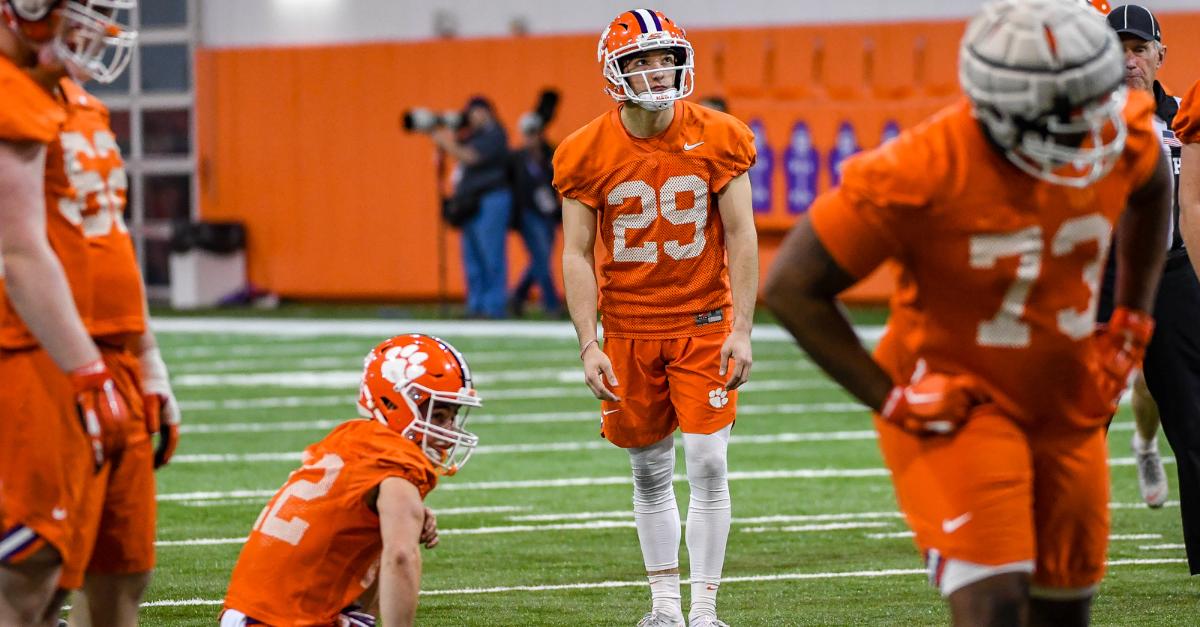 BT Potter has pulled ahead in the competition at kicker

CLEMSON - Special teams has always been the unknown for the Clemson Tigers, especially in recent years. With the 2019 season arriving soon, there are a few different areas that will need to be filled.

At placekicker, it looks as if B.T. Potter leads the battle to fill the position for the year, but special teams coach Danny Pearman mentioned that both Steven Sawicki and Jonathan Weitz have both performed well and are challenging Potter.

“I would say (B.T.) is ahead of the competition, but it has been steady each scrimmage. Jonathan and Steven have both pushed him, so it is still kind of ongoing,” coach Pearman said.

Another position that needs to be filled is punt returner. Last year, the role was filled by Amari Rodgers, but since he is out with a torn ACL, Pearman has been looking for someone to fill that role. There are multiple options that the coaching staff has looked at.

The position that most fans are wondering about the most, though, is punter. Punting has not been the Tigers’ strong suit over the past couple years. This year, there is a three-way competition between Will Spiers, Aiden Swanson, and Sawicki.

Most of these positions are expected to be filled by the opener against Georgia Tech but don’t be surprised to see multiple players at each of these positions. The only true way these competitions can be solved is in real game action.