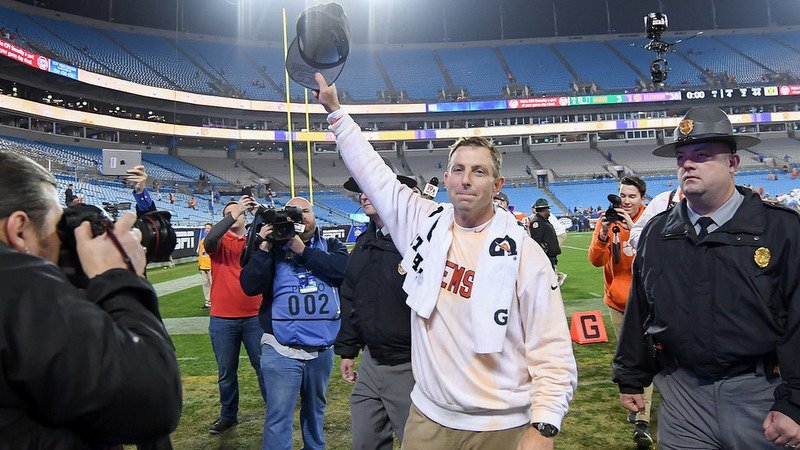 Swinney and the Tigers start camp in 19 days

I’ve written several times over the last few weeks that the official start of football season for those of us in the media is head coach Dabo Swinney’s media golf outing. The unofficial start happens Monday night when selected members of the media meet at Swinney’s house for the annual media barbecue.

We are given a strict warning each year to not repeat what we hear at the barbecue, but all you have to do is imagine Swinney unfiltered for two hours telling football stories. It’s a blast and always the high point of the lead up to camp.

Mere hours after leaving Swinney’s new house, we will all gather up at The Reserve on Lake Keowee for the media golf outing. This is one of the few times each year that we can speak to and interview the assistant coaches, so while others take the time to play golf, I am always busy making sure I get plenty of audio from each coach.

This year, there are questions aplenty for each coach: we need to ask both Tony Elliott and Jeff Scott about the development of the offense. Will there be more of an emphasis on throwing the ball down the field, or will the offense continue to run with a lead? With quarterbacks coach Brandon Streeter we get to ask about the summer progress of Kelly Bryant, Trevor Lawrence and Chase Brice and get an idea about how the battle for the starting job will shape up.

Offensive line coach Robbie Caldwell is always fun to interview, but it will also be a time to ask about what happened during the loss to Alabama and ask about the future of offensive line recruiting. For tight ends coach Danny Pearman, the story will be about the development of Braden Galloway and getting the tight ends more involved in the passing game.

This will be our first chance to interview new defensive ends coach Lemanski Hall, so it will be good to get an idea for how he likes to coach. Defensive tackles coach Todd Bates has earned rave reviews on the recruiting trail, and I plan to ask him about what makes him so successful with high school prospects.

Defensive coordinator Brent Venables will have us believe he has the worst returning defense in the ACC, but that is what makes him so successful. I am sure he has some pointed words for his defensive line which will get a lot of attention in camp and this fall.

The ACC Football Kickoff gets underway in Charlotte on Wednesday. All of the Coastal Division teams will be the center of attention Wednesday but we will still be around to provide updates from the officiating forum and the commissioner’s forum.

Clemson’s turn at the podium happens Thursday, and once we leave Charlotte we have two weeks until the start of camp to put out all of the information we will have gathered. Those two weeks are the longest of the year for me, but at least will have plenty of information and a plethora of topics to discuss.