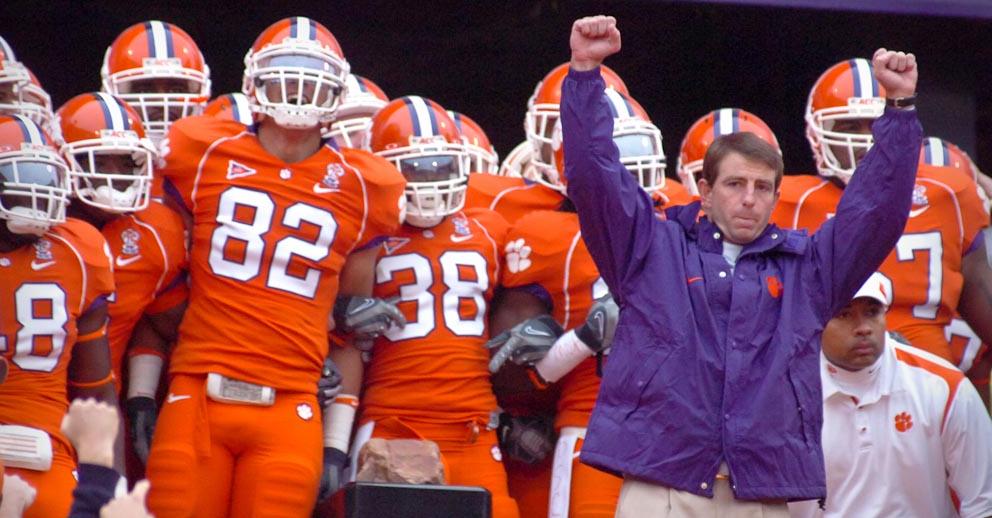 And then there were three.

Who can forget the fans chanting Dabo Swinney’s name after he was carried off the field by his players? If you were there on that raw, blustery, November afternoon you remember it like it was yesterday.

Former head coach Tommy Bowden and Clemson parted ways on Oct. 13th with the Tigers sitting at 3-3. The Tigers were favored to win the ACC Championship that season, but a dismal loss to Alabama in the opener and the loss to Wake Forest in early October sealed Bowden’s fate. 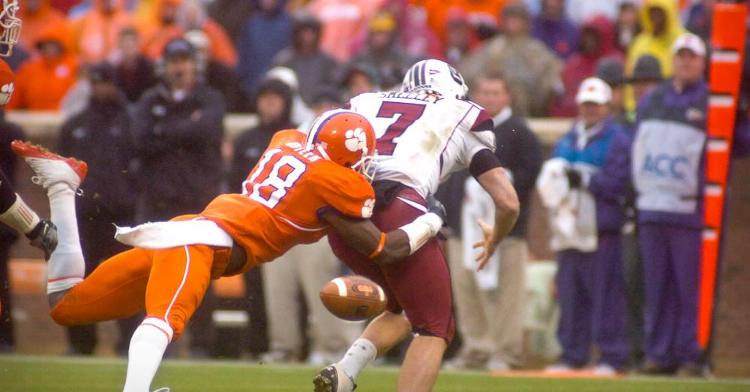 In the few weeks leading up to this game, former Athletic Director Terry Don Phillips met with several potential candidates like former Oakland coach Lane Kiffin and coordinators like Bud Foster of Virginia Tech and Brent Venables of Oklahoma.

Local offensive line recruit JK Jay of Greenville wore a t-shirt to the game that said, “Dabo 4 head coach” and later said that was the game that everybody knew Swinney needed to win to get the job.

With the win, Clemson had won three straight games and four of five to reach the postseason.

As the players carried Swinney off the field, Phillips’ decision became a no-brainer.

Set up by an interception in Clemson territory, the Tigers had the ball at midfield and went into the bag of tricks to build a three-score lead in the second quarter.

Clemson quarterback Cullen Harper faced early pressure but was able to evade a Gamecocks defender and get a throw off before his knee hit the ground.

Waiting on that pass was a wide-open Jacoby Ford along the sidelines and Ford did the rest on the 50-yard score, juking one South Carolina defender and speeding to the end zone.

How did Ford get so open?

The trick play, dubbed the 'Cock-a-doodle-do,' had him act like he was walking off the field but stop short to tie his shoe at the sidelines. To sell it, Ford said that a Clemson assistant was yelling at him while he was down to a knee.

Ford then proceeded to get up when signaled and made his way 17 yards up the field undetected before Harper's heave resulted in the score.

Yes, James Davis rushed for three touchdowns and CJ Spiller had an electrifying run. But the player of the game was Clemson’s defense, which rattled Gamecock quarterback Chris Smelley into four interceptions and outshone a South Carolina unit that had led the Southeastern Conference much of the year.

When Smelley threw his fourth interception with 4:25 to go, all Gamecocks coach Steve Spurrier could do was stare onto the field.

Chris Chancellor had two picks while Michael Hamlin and Chris Clemons had an interception apiece. The Gamecocks totaled just 304 yards, including 92 rushing yards on 26 attempts.