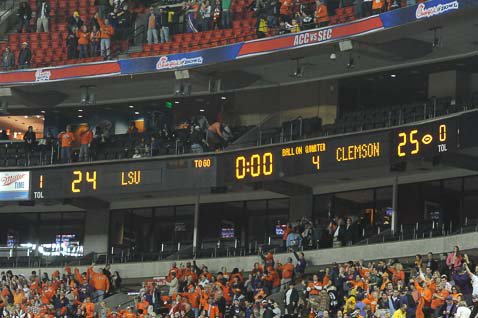 It’s no secret which game is number two.

That bowl practice is memorable for more than one reason. The Tigers opened up the new indoor practice facility and cold and rainy weather meant Swinney was able to conduct every practice without the fear of rain or sleet. 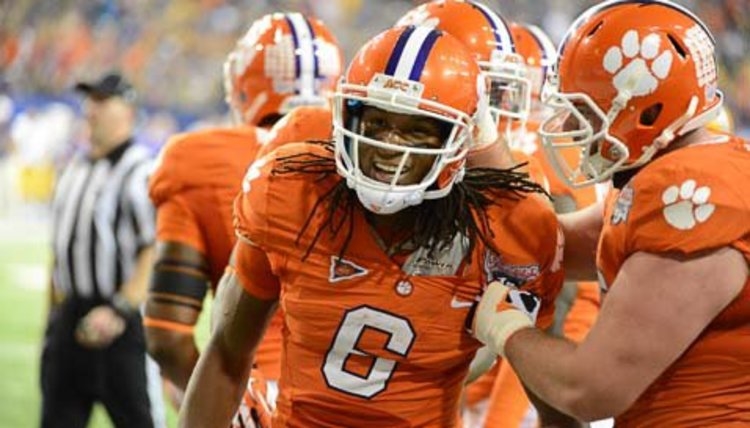 Swinney also moved away from the “thud.” The thud is where a defender wraps his arms around a ballcarrier but doesn’t take him to the ground. That bowl practice was physical and it sent a message to his team.

Former defensive tackle Josh Watson told us in an interview that LSU, “puts on their pants one leg at a time, just like we do. We don’t think they are more physical than us.”

The Tigers came out and ran the HUNH offense to perfection, and the physical SEC team had players littering the field from the second quarter on.

Clemson won on the last-second field goal by Chandler Catanzaro, changing the perception of the program from the outside and maybe from the inside. Without 4th-and-16, who knows what would have happened?

Hopkins was there for key play of the game and he was there to move the chains all game.

Hopkins tied his own Clemson record with 13 receptions, totaling 191 yards and hauling in red zone scores from 11 and 12 yards out.

His final game as a Tiger saw him establish a Clemson single-season record for receiving yards (1,405).

The eventual Houston Texans' first-round pick broke ACC records with the performance too in consecutive games with a TD reception (10) and total touchdown catches (18).

The victory meant Clemson reached the 11-win mark for the first time since 1981 and the fourth time in school history.

Swinney's Tigers have topped the win total each of the last four years now and at least matched it five of the last six.