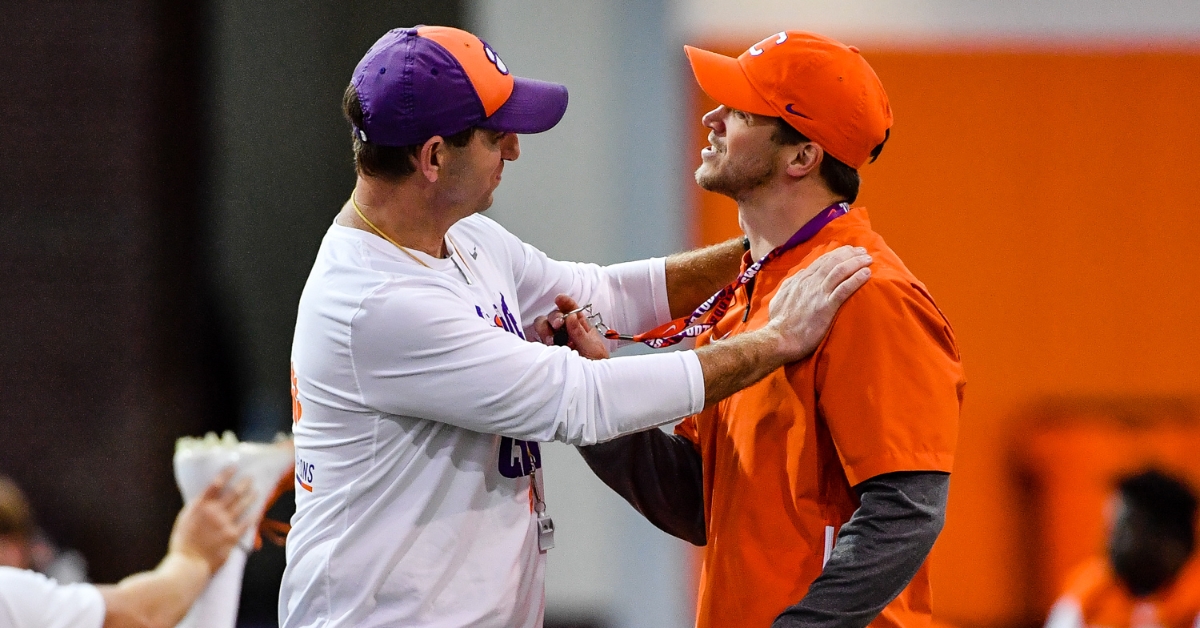 CLEMSON – No. 3 Clemson opened bowl practice Friday afternoon in the Poe Indoor Practice Facility and this time around there was a change in music.

The Tigers usually open a new series of practices – spring practice, fall practice, bowl practice – with “The Boys Are Back In Town” as the opening song. Things were different Friday as Queen’s “Another One Bites the Dust” filled the air.

Hey, I'm gonna get you, too

The Tigers have won 28 consecutive games and look to make it 29 when they take on No. 2 Ohio State in the Fiesta Bowl later this month. Another one bites the dust seems appropriate.

The tune caught the attention of the players, who interrupted their stretching session to freestyle dance, move to the beat, or simply enjoy the moment. It was different.

*Wide receiver Amari Rodgers played a limited role in the ACC Championship Game and didn’t return punts, but he seemed to be back at full speed Friday and was the first player returning punts.

*It also appeared wide receiver Justyn Ross missed the second half of the championship game, and when he was approached by new passing game coordinator Brandon Streeter, I noticed Ross was wearing some type of vest and sleeve. The added protection didn’t seem to slow him down.

*Jeff Scott was absent from practice, but new wide receivers coach Tyler Grisham was firmly in charge. Head coach Dabo Swinney grabbed Grisham for a quick hug before practice, but once practice started Swinney went with Grisham and started working with the wide receivers. Swinney never has a bigger smile than when he gets to work with the wideouts.

*Tight end Braden Galloway was back at practice and he looked like he was having a ball. Swinney said after practice that he still hasn’t heard from the NCAA about Galloway’s eligibility but expects him to be ready to play in the bowl game.

Tight ends coach Danny Pearman was spending the early portion of practice working with the tight ends on chipping a defensive end. The Tigers will have to deal with Ohio State defensive end Chase Young in a few weeks and it’s likely the tackles will need help from the tight ends. Pearman reminded Galloway that when it comes to hitting a baseball, hitting a golf ball, or even a person, you have to have your feet planted in a good position if you want to make solid contact.