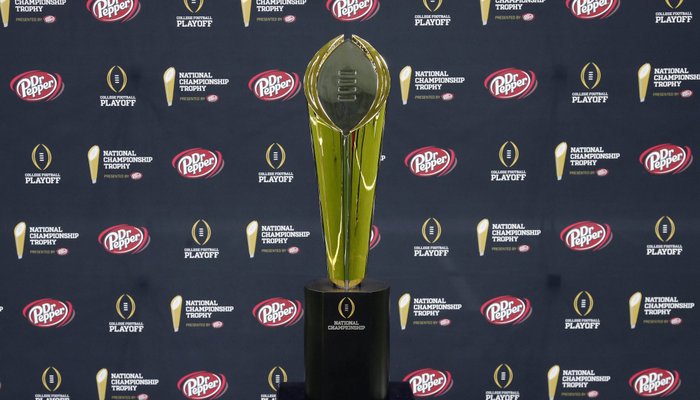 If the Tigers are to make a run at the College Football Playoff, they'll need to stay healthy (Photo by Matthew Emmons)

The ACC Football Kickoff will be held in just 21 short days at the Pinehurst Resort in North Carolina, and a month ago I would have told you that the Tigers would be the favorite of many to not only win the ACC Atlantic Division but the conference title as well.

A lot has changed in a few short weeks, and now my thinking is that Florida St. will once again be the prohibitive favorite when the media’s preseason ballots are cast on the second day of the Kickoff. In short, the Tigers have likely gone from Favorite to Contender.

Despite the bad news over the last few weeks, Vegas released the 2015 betting odds and Clemson is just one of three teams nationally that are listed as the favorite in each of the season’s 12 games. Vegas is right more than wrong, but depth on the offensive line and the kicking game are now huge concerns.

Ebenezer Ogundeko
RS So. Defensive End
#1 6-3, 250
Brooklyn, NY
View Full Profile had been dismissed from the team after legal trouble, and while I thought that he would have only been a 15-snap kind of guy his departure leaves the Tigers thin and even more inexperienced at a crucial spot on the field.

Then came the news of kicker Ammon Lakip

Dabo Swinney
Head Coach
View Full Profile . Whether he returns to the team and serves some sort of suspension or whether he never plays for the Tigers again is purely conjecture at this point, but even if he is suspended you have to figure he will miss a significant amount of time.

That means Clemson’s special teams could have a new kicker (Spence), a new punter ( Andy Teasdall

That brings us to Isaiah Battle

Last season Clemson had to break in a couple of new starters on the offensive line but entered the year with a combined 3,789 snaps of experience. This season the Tigers enter the season with 2,842 combined snaps of experience from the projected starters, but 1,855 of those snaps come from center Ryan Norton, the lone starter. The other four – Mitch Hyatt

All is not lost, however. Clemson’s main rival in the ACC is Florida St., and the Seminoles are also replacing four starters on the offensive line and standouts at receiver, tight end, quarterback and running back. People won’t worry about the Seminoles simply because they’ve recruited well in recent seasons and are replacing those guys that are headed to the NFL with 5-star prospects. They also have heralded sophomore left tackle Roderick Johnson, who moved into the starting lineup after Cam Erving moved to center for the game against Miami.

Will those differences be enough to see the ‘Noles ascend to almost everybody’s top spot. Probably.

But that might be a good thing. Clemson hasn’t fared well when picked to win the ACC, including two years ago when the Tigers were the trendy choice but lost on the field to Florida St. and saw the ‘Noles take the title. Clemson plays better – at times – as the underdog and maybe the recent losses will serve to make this team closer. Maybe it adds chemistry.

You’re going to be the underdog now, Tigers. What you do with that role and how you respond will tell the tale of this season. Will the losses of key players decimate this team’s attitude, or will they come together and make the run at a College Football Playoff Spot like people thought they would a month ago? Can Deshaun Watson and Shaq Lawson

Mackensie Alexander
RS So. Cornerback
#2 5-10, 190
Immokalee, FL
View Full Profile carry the team to a title? Time will tell. But the events of the last week have to leave the fans – and the coaches – with an uneasy feeling.