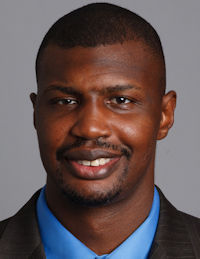 Reynolds Dean helped the Rams to a 25-10 record and the NCAA Tournament where they defeated Creighton and lost by just three points to eventual Final Four team Oregon.

He is the only person in Rhode Island men's basketball history to play on, and coach on an Atlantic 10 Conference championship team. He was a starter on the Rams 1999 team that won the title with a two-point win over a Temple team coached by Hall of Fame mentor John Chaney.

“We are excited to add Antonio Reynolds Dean to our coaching staff,” said Brownell. “He was a great player who got the most out of his ability and now he takes great pride in teaching the game in the same manner.

“He has an outstanding resume when it comes to recruiting, having signed all-league players at multiple schools. He has a lot of ties to the southeast and will make a big contribution to our staff in that area. He is a terrific fit for our program and he will be a great role model for our players.”

“I can't wait to get to Clemson,” said Reynolds Dean. “Brad Brownell is one of the most respected coaches in the game. He has a history of helping his assistant coaches become head coaches. I love the offensive and defensive philosophy and the way he works with his players and coaching staff.“

Reynolds Dean was inducted into the University of Rhode Island Athletic Hall of Fame in 2015. The native of Atlanta, Ga. finished his college career as one of just three players in program history to tally at least 1,000 points and 1,000 rebounds, finishing his career from 1995-99 with 1,576 points (11th-best) and 1,028 boards (3rd-best). He averaged double figures all four years of his career and played in 131 games.

A member of one of the winningest classes in program history, his Rhode Island teams reached postseason play three times. His career was highlighted by a run to the 1998 NCAA Elite Eight that included a victory over then No. 1 ranked Kansas. A two-point loss to Stanford ended the Rams run in the regional final.

As a senior, Reynolds Dean was part of URI's 1999 Atlantic 10 Tournament championship - the first A-10 tourney title in school history. He played two years under Al Skinner and two years under Jim Harrick at Rhode Island.

Reynolds Dean spent nine years playing professional basketball. After beginning his pro career with the Dakota Wizards of the International Basketball Association, he was named the league's Rookie of the Year in 1999-2000. Reynolds Dean played throughout Europe and Argentina professionally.

Reynolds Dean began his coaching career as director of basketball operations at Fairfield in 2008-09 under Ed Cooley, now the head coach at Providence.

He began his career as a full-time assistant coach at Northeastern in 2009-10. He served under Head Coach Bill Coen for five seasons. Northeastern won 20 games overall, finished 14-4 in conference play, and reached the NIT in 2010 and 2013.

Reynolds Dean earned his bachelor's degree in education with an emphasis in human development and family studies from Rhode Island in 1999. In 2012, he added a master's degree in sports leadership from Northeastern. He and his wife, Johanna, are the proud parents of two daughters, Jasmine and Naomi.

Imagine being so bad your claim to fame is your conference 😂😂😂😂