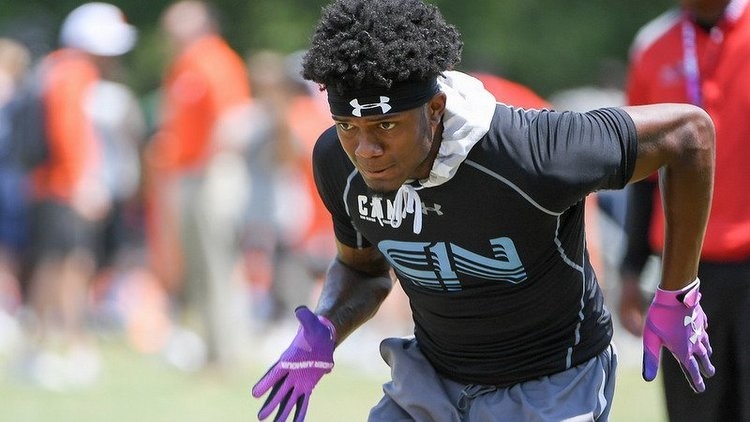 Included below are additional notes on the 26 student-athletes signed by Clemson on Wednesday:

Clemson’s 26 future student-athletes announced on Wednesday represent 14 states, the most for a Clemson signing class since 1989, Danny Ford’s last class. That ties for the most different states in a class on record. The previous high for Clemson under Head Coach Dabo Swinney was 10 different states represented in the classes of 2016 and 2017.

Swinney has now signed student-athletes from 24 states in his Clemson career as a head coach. This year, he signed players from California, Michigan, Connecticut and Pennsylvania for the first time.

Since 1972, Clemson has signed student-athletes to football scholarships from 34 states and the District of Columbia.

This signing class includes six from the state of Florida, the most representatives from the Sunshine State since 2008 when a school-record nine Floridians came to Clemson. This marks just the fifth time Clemson has signed as many as six from Florida in the same signing class.

Clemson signed eight from the state of Georgia, the most from that state since 1998 when Tommy West’s last class featured nine players from Georgia. The record for signees from Georgia in a single class is 11 in 1985.

Wide receiver Joseph Ngata (Folsom, Calif.) will be first signee from the state of California to come to Clemson since 1991 when Bobby Forbes signed with the Tigers. In 1995, Dave Coggin signed with Clemson from Covina, Calif., but he never came to school, instead opting to sign with the Philadelphia Phillies, for whom he played three years. Coggin’s father was a 1965 Clemson graduate.

Linebacker Keith McGuire (Media, Pa.) is the first student-athlete from Pennsylvania to sign with Clemson since 1995 when current Clemson quarterbacks coach and recruiting coordinator Brandon Streeter signed with the Tigers out of Gettysburg.

Quarterback Taisun Phommachanh is the first resident of Connecticut to sign with the Tigers since 1996 when Jason Martinelli and Idris Price signed with West and the Clemson program. Current Clemson All-American Christian Wilkins played his high school football in Connecticut at Suffield, Conn., but lived in Springfield, Mass.

Defensive lineman Ruke Orhorhoro is the first Clemson signee to play his high school football in Michigan since 1975 (Joe Carolan).

Thirteen of Clemson’s 26 signees in this class are ranked among the nation to 300 by at least one of the five major recruiting services. The highest ranking for any of the signess is held by cornerback Andrew Booth, Jr., who is ranked eighth in the nation regardless of position by Rivals.com. Booth and Frank Ladson are ranked in the top 51 in the nation by all five services. Ngata is ranked in the top 50 in four of the five. Booth is the highest-ranked Clemson signee by ESPN.com (30th) and Tom Lemming (27), and Ladson is the highest-ranked by Prep Stars (22) and 247Sports (33)

As far as team rankings are concerned, as of midday on Dec. 19, Clemson ranked fifth by Rivals, sixth by 247Sports and seventh by ESPN.com. Final rankings will be announced in February after the second signing period.