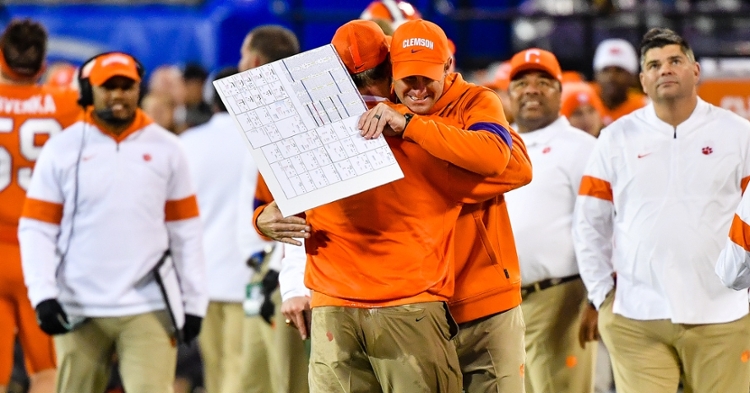 Former Clemson co-offensive coordinator Jeff Scott is the fifth head coach in South Florida history which was announced on Monday.

Scott wrote a heartfelt letter to the Clemson family Monday night via Twitter:

I want to take this opportunity to say Thank You." It seems like just yesterday that I showed up on campus as a freshman in the summer of 1999. It didn't take me long to figure out there really is "Something in These Hills." After being here for so many years, I have come to the conclusion that the "something" that makes Clemson so special is the people. I feel so blessed to have met so many people that have enriched my life and made me a better man, husband, father, and football coach. I want to personally thank all current and former Clemson players, members of the Clemson Board of Trustees, President Jim Clements, Director of Athletics Dan Radakovich, Graham Neff, Woody McCorvey, Coach Dabo Swinney, Coach Tony Elliott, and our entire Clemson Football coaching and support staff. Each of you have made a lasting impact on my family and me. I knew the day would come when it is time for me to spread my wings and take on a new adventure. I had no idea that I would experience the heartfelt emotions I have experienced the last few days. I hope as you watch me lead the USF football program that you will take pride in knowing that I am a product of Clemson University. My time at Clemson is something that Sara, Savannah, and I will always cherish and celebrate.

??"I believe we can do great things at USF."
- @Coach_JeffScott pic.twitter.com/GwFlmCSOtt