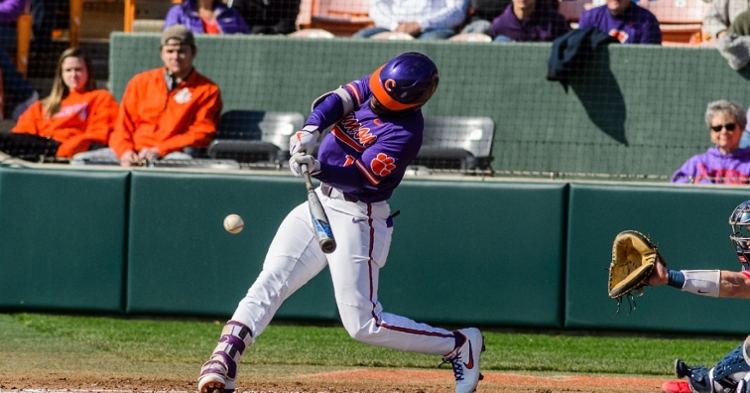 The Tigers won their 22nd game in a row over the Paladins.

CLEMSON, S.C. - In his first career appearance, freshman Nick Hoffmann pitched 3.0 scoreless innings in relief to lead Clemson to a 3-2 victory over Furman at Doug Kingsmore Stadium on Wednesday afternoon. The Tigers, who took a 1-0 lead in the home-and-home season series, improved to 4-0, while the Paladins dropped to 2-3. The two teams play at Fluor Field in Greenville, S.C. on April 14.

Hoffmann (1-0) earned the win by yielding two hits, no runs and no walks with three strikeouts. Carson Spiers pitched the ninth inning to record his second save of the season. Furman reliever Matthew Marchal (0-1) suffered the loss.

The Tigers, who won their 22nd game in a row over the Paladins, continue their homestand with a three-game series against Stony Brook beginning Friday at 4 p.m. on ACC Network Extra.

Clemson vs Furman Box Score
Get the All-New Clemson Nike Shoe before it sells out!
Comment on this story