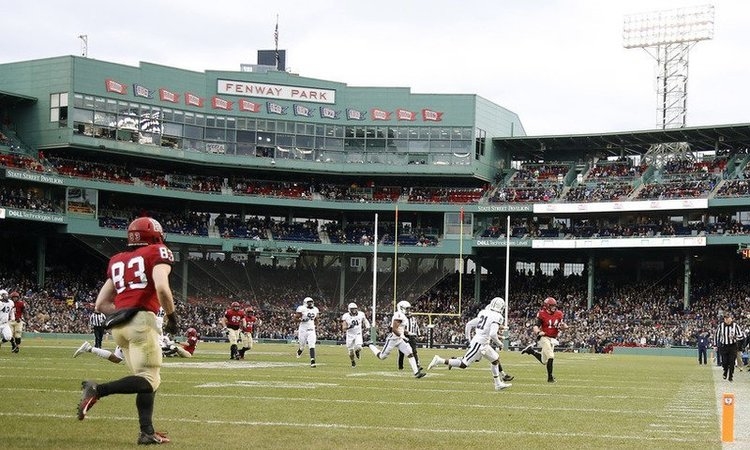 Stadium's Brett McMurphy reported Tuesday that the ACC will create a new bowl game with the American Athletic Conference in the famed baseball venue.

The ACC also hosts a bowl game with the Boston Red Sox rival New York Yankees, at Yankee Stadium, with the Pinstripe Bowl.

The 2020 ACC bowl lineup is expected to add San Diego's Holiday Bowl and have a rotation with the Outback Bowl in Tampa. Nashville's Music City Bowl is expected to not be in the postseason lineup.

With a Boston bowl, that would push the ACC bowl tie-ins to 12 with the current reported lineup. It will debut with new bowl games in Los Angeles and Myrtle Beach, according to Stadium, for a record 43 bowl contests.

Peach and/or Fiesta - Playoff teams in Atlanta or Glendale

Orange - Miami (ACC Champion if not in CFP top-four)

If not filled by other conference and ACC team eligible