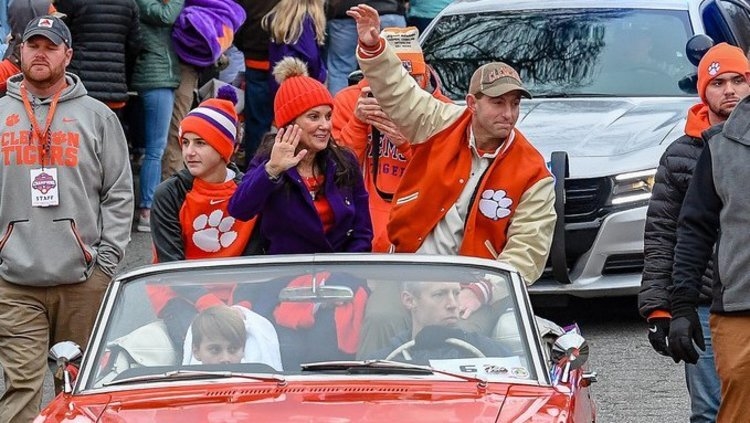 Swinney and the Tigers have an elite program

SEC Network host Paul Finebaum is a national media analyst that many fans love to hate if you don't drink all the SEC kool-aid he tends to serve up.

However, it appears that he is changing up on some of his pro-Alabama banter as he was on WJOX 94.5 FM's "The Roundtable" Monday and discussed a few topics regarding Clemson and Alabama.

“I think they just put that in there to have some fun," Finebaum said about Swinney's buyout clause with Alabama in his new contract. "Dan Radakovich knows that Dabo Swinney is not going to Alabama anytime in the near future."

Finebaum believes that Swinney is not done winning championships.

"Assuming that Nick Saban leaves sometimes in the next two to three to four years, Dabo would not want any part of that, he said. "I can’t predict what Dabo would want to do maybe ten years from now, but I think he’s got a chance to keep racking up championships. I firmly believe he can win another championship or maybe two or three more at Clemson. Quite frankly, Dabo Swinney has a better chance at winning two national championships in the next five years at Clemson than Nick Saban does at Alabama."

Finebaum understands that a coaching staff that stays together can do some extraordinary things as a program.

"I just think it’s a much easier path and frankly, as long as he can keep this staff together, he is a more formidable foe in the Playoffs, I think than even Alabama."