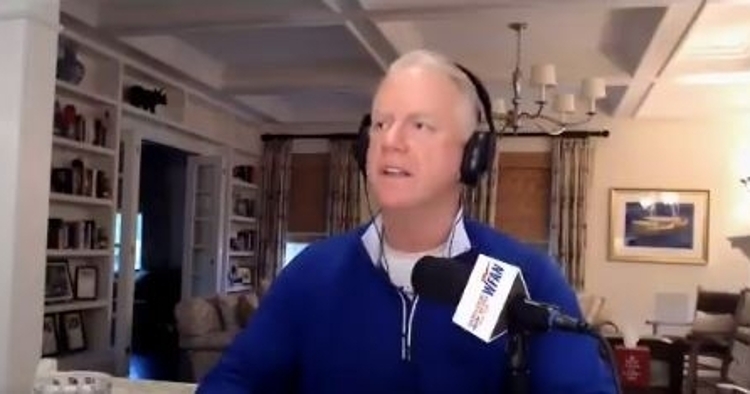 WFAN radio host and former NFL quarterback Boomer Esiason was promoting a conspiracy theory about COVID-19 with regards to sports on Monday.

Esiason strongly suggested that some college football teams are trying to win at all costs by getting their players positive with COVID-19 on purpose so they might be able to bounce back by the time the season gets kicked off.

"I gotta be really careful here because I don't want to say that this is an accusation," he said. "I just was thinking the other day about what is going on with the SEC teams down south. And Clemson included, who's obviously an ACC team. A lot of their players are coming down with COVID-19, oddly enough. So are they trying to herd immunity their teams?"

Esiason continued with his notion that coaches would stoop so low to get their players sick intentionally.

"So these guys can get sick now as opposed to getting sick during the college football season if, in fact, there is one," he said. "And I'm telling you right now I wouldn't put it past any of those guys down there. I think it's going on. I honestly … the numbers coming out of like Alabama, LSU, and Clemson, all these teams? It's too much of a coincidence. I don't think it's that crazy, either."

Actually, this is a bad take by Esiason.

There is likely no such conspiracy theory by teams but rather a COVID-19 pandemic still brewing in the United States that is very contagious, which has claimed the lives of a reported 128,615 people.

Boomer Esiason strongly suggests that football players at Clemson and in the SEC are contracting Covid-19 on purpose right now, so they won't get it during the season.@WFANmornings pic.twitter.com/sp4RPnyfag