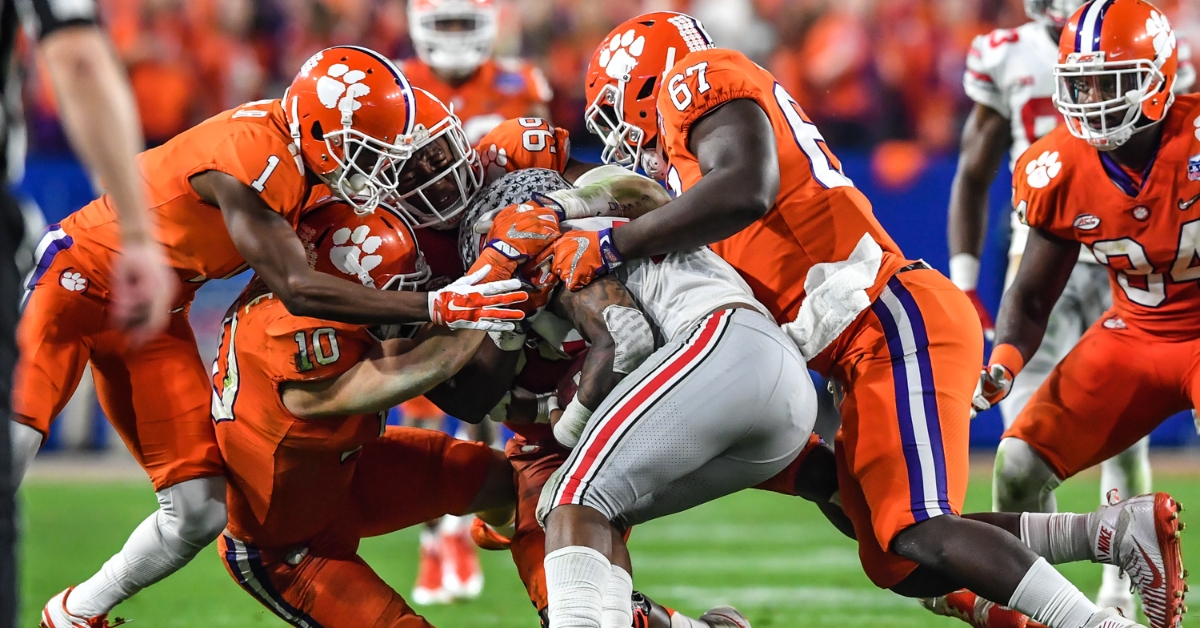 Clemson and Ohio State could be a matchup we will see again and again.

If you’re a team in the ACC that wants to make a splash nationally, you have to go through Clemson.

Clemson has won five consecutive ACC Championships and has appeared in the College Football Playoff each of the last five seasons, a run that reminds college football analyst and former Clemson head coach Tommy Bowden of the run Florida State had in the ’90s and 2000s.

“It just reminds me so much of '99, when I came to Clemson, with what Florida State had done,” Bowden said. “They had 14 top-five finishes and then won the ACC so many times in a row. And I remember looking at film on them, it's just, ‘Man, they were going to have to mess up and you were going to have to play really well to beat them. And you still might lose close.’ But Clemson right now has that hold on the ACC. There are other guys who are making progress - Louisville is, I think they showed that this year, and I think North Carolina was showing that.”

Bowden said that even though certain programs are making progress, Clemson stands in their way.

“Do you remember the last time Mack Brown was at North Carolina? He had, I think, two 10-1 seasons before he went to Texas,” Bowden said. “But Florida State was in the way. The point being, North Carolina was making progress, but Mack Brown could not get past Florida State. And he came close. But I think now that's a similar situation with Clemson. Clemson's the Florida State of the ’80s and the ’90s and now, how close can other people get? I think Mack can recruit them and he's got a great recruiting year this year. I think he's going to close the gap. He's going to go 11-1 again and then lose to Clemson instead of Florida State.”

Bowden said the sleeping giant in the league is Florida State.

“The sleeping giant is going to be Florida State, simply because they have good players. Them and Miami had the second-best players in the ACC,” Bowden said. “Now, they're still a ways behind Clemson. But I think just watching Louisville and Florida State, I think this might slow them down a little bit, not having spring ball, but I think they have the talent to have a 10-win season. I really do. Lose to Florida, lose to Clemson. They'll have as good of talent as anybody on their schedule.”

Bowden then said he sees the College Football Playoff looking similar to what it's looked like over the last four or five seasons.

"I think we are going to see a lot of Ryan Day and Ohio State and Dabo Swinney and Clemson," Bowden said. "It's going to be Nick Saban and Alabama, Ohio State, Clemson, and Lincoln Riley and Oklahoma. I think they will be in that mix. But Ohio State and Clemson, I don't see them going anywhere. Both universities are built the right way and they are putting money into the program. They understand the importance of football. And so I see the same thing happening as what have seen over the last few years."